"The comment made by the Italian prime minister is tantamount to complete impertinence, a complete vulgarity," Turkey's President Recep Tayyip Erdogan says.

Last week, Draghi criticised Erdogan for hosting a summit with the EU's two top leaders at which European Commission chief Ursula von der Leyen ended up without a chair.

Turkish officials rejected the blame for the incident, saying they were applying protocol instructions received from Brussels.

"The comment made by the Italian prime minister is tantamount to complete impertinence, a complete vulgarity," Erdogan said in a reply to a question in a programme at the Presidential National Library in the capital Ankara.

"Just as we were hoping that relations between Turkey and Italy would improve, Draghi undermined these relations with his statement," he added.

"You are an appointed person, not someone who was elected to that post," Erdogan pointed out.

Erdogan was twice elected as Turkey’s president by popular vote, in 2014 and again in 2018.

Erdogan also urged Draghi to look back at Italy's history, in an apparent reference to the reign of fascist dictator Benito Mussolini.

"You should first of all be aware of your history to make such a comment about Tayyip Erdogan, but we see that you are not," the Turkish leader said. 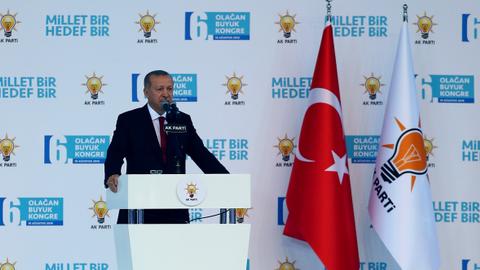