Erdogan says relations with Berlin will improve after German election

Erdogan says relations between Turkey and Europe had deteriorated due to European domestic politics.

Domestic politics are at the heart of the current poor state of relations between Turkey and some European countries, President Recep Tayyip Erdogan said on Saturday.

Ties between Turkey and Germany have soured in recent months, reaching a nadir last month when German Foreign Minister Sigmar Gabriel said Berlin would no longer encourage or guarantee investment in Turkey.

"We know that the most of the criticism of European countries for our country is related to their domestic politics," Erdogan said at the opening of a factory in Isparta, southwest Turkey.

Referring to the Netherlands' block on Turkish ministerial speeches in the run-up to April's constitutional referendum in Turkey, the president said: "Now we see that Germany is using the same tactics. I believe that they will return to normal after the elections."

Germany will hold a federal election of Bundestag lawmakers on Sept. 24.

A series of diplomatic incidents has included German complaints about the arrest of its nationals on terrorism charges, the lack of access for lawmakers to German troops at Incirlik air base in southern Turkey and claims that Turkey has carried out espionage in Germany.

Ankara has accused Germany of harbouring terrorists and criticised the government for barring Turkish politicians from addressing crowds ahead of the referendum.

On Tuesday, Turkey allowed German lawmakers to visit their troops based at an air base near Konya, central Turkey, under a deal brokered by NATO.

It followed the withdrawal of German jets from Incirlik, where they had been tasked to conduct surveillance missions against Daesh in Syria, after lawmakers were denied permission to visit.

Turning to the governing Justice and Development Party or AK Party, which he heads, Erdogan said: "We are committed to achieve a fundamental change in our party."

He has previously warned "tired" AK Party lawmakers to step aside ahead of the 2019 general election and he made a similar warning when he told the crowd that change was needed for those who had "moved away from the values of the AK Party".

Erdogan added: "We need companions who are energy-driven, enthusiastic and have equipment and projects for the future of our country, our nation and our cities."

On the issues of the security threats at Turkey's borders, Erdogan said a "terror state, which is trying to establish itself along the Syrian and Iraqi borders" was aimed as damaging Turkey's independence and future.

In Syria, the YPG, which Ankara views as an extension of the PKK terrorist organisation but is backed by the US, has established territory along stretches of the Turkish border while in Iraq, the Kurdish Regional Government has pledged to hold a referendum on independence from Baghdad.

The PKK, also designated a terrorist organisation by the US and EU, resumed its armed campaign against Turkey in July 2015 and since then has been responsible for the deaths of close of 1,200 people including security personnel and civilians.

Erdogan said the "insignificant and unfounded accusations" of European politicians against Turkey were borne from the same desire to hurt Turkey. 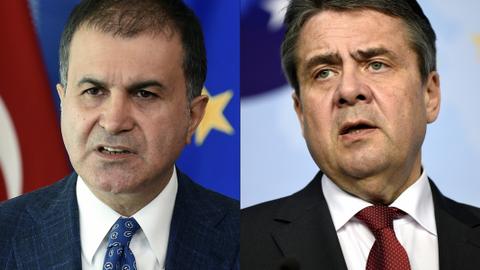