Photographs released by the office of the President on Monday, showed Erdogan accompanied by his wife sharing Iftar, a traditional meal at the end of the Muslim fasting day, with Ersoy, better known as 'The Diva' in Turkey, at the official presidential residence in the Istanbul suburb of Tarabya.

Ersoy, 64, underwent sex reassignment surgery in London in the 1980s. She became a celebrity but also faced verbal and even physical attacks at home.

Speaking on the occasion, Erdogan said the artists and athletes will help build the country's cultural and sports infrastructure to carry Turkey to its 2023 goals.

Several hundred anti-riot police surrounded the Taksim Square - where demonstrations have been banned since major anti-government protests in 2013 - to stop the protest from taking place.

Istanbul authorities said on Friday they had banned the annual gay pride parade set for June 26 to "safeguard security and public order" after a string of bombings around Turkey over the past year, some of them blamed on DAESH and PKK terrorists.

Earlier this month, an explosion targeted a police bus in Istanbul's Veznicler district, killing 11 people and leaving 36 others injured.

Erdogan has faced criticism in the past for his comments on family planning from western media, but has generally steered clear of publicly commenting on gay issues. 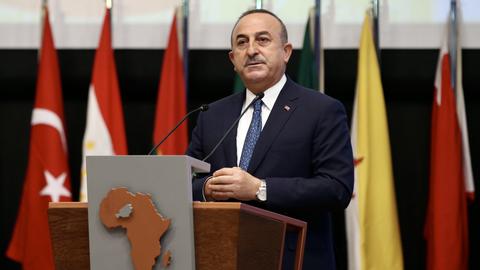