Five get life sentences in Turkey over Russian envoy's killing

A Turkish court has handed five defendants aggravated life sentences for their role in the 2016 assassination of Russia’s ambassador to Ankara, according to judicial sources.

Heavy Penalty Court in capital Ankara on Tuesday gave two aggravated sentences each to Sahin Sogut, a senior member of the Fetullah Terrorist Organisation (FETO), along with Salih Yilmaz and Ahmet Kilincarslan for attempting to destroy the constitutional order and murder ambassador Andrey Karlov for terroristic purposes, said the sources, who asked not to be named due to restrictions on speaking to the media.

Yilmaz was said to have conveyed the assassination order to Mevlut Mert Altintas, an off-duty police officer linked to FETO, the group behind the defeated coup attempt of 2016 in Turkey. Altintas was shot dead in a standoff after killing Karlov.

The court also gave Huseyin Kotuce and Vehbi Kursad Akalain, former intelligence operatives affiliated with FETO, aggravated life sentences for attempting to destroy the constitutional order plus 15 years for assisting in the assassination.

On December 10, 2016, Andrey Karlov was speaking at an art exhibit in Ankara when he was shot dead by Altintas.

FETO and its US-based leader Fetullah Gulen orchestrated the defeated coup of July 15, 2016, which left 251 people killed and nearly 2,200 injured. 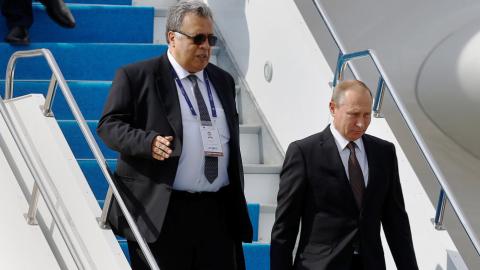