Selahattin Demirtas is being charged with "establishing an organisation with the goal of committing a crime" in relation to a speech he gave in 2013.

The first hearing in the court case of Selahattin Demirtas, the arrested co-chair of the HDP, is underway in an Istanbul court.

Demirtas and eleven of his associates, including the HDP's other co-chair Figen Yuksekdag, were arrested at separate locations across Turkey's east and southeast in early November upon the orders of state prosecutors. They had refused to respond to a court summons to give evidence over alleged links to terrorism.

The HDP deputies in question were accused of having links to the PKK after parliament voted in mid-2016 to remove immunity from Turkish lawmakers.

Turkey, along with a number of other nations and international bodies including the US and the EU, recognise the PKK as a terrorist organisation.

According to a press release from the HDP, the hearing started at 10:50 local time (07:50 GMT) in the Bakirkoy 2nd Heavy Criminal Court. Demirtas is charged with "establishing an organisation with the goal of committing a crime."

The charges are in relation to a speech Demirtas made on March 17, 2013, at a public event on the day of Newroz, an ancient celebration marking the beginning of Spring.

Can Memis, a press officer for the HDP, confirmed to TRT World that the case was taking place as scheduled and that Demirtas' lawyer, Firat Epozdemir, was in attendance.

Demirtas himself will participate in the hearing via an online webcast from his prison cell in the northwestern city of Edirne, Memis said.

Sirri Sureyye Onder, a HDP lawmaker from the capital city Ankara, is expected to attend the hearing with his lawyer. A number of other HDP members are also said to be in attendance to watch the proceedings. 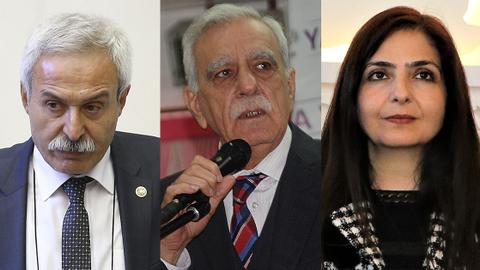