Investigators are looking into the cause of a US drone that crashed late on Thursday night in the southern Turkish province of Adana.

Investigators have reached the site where a US drone crashed in southern Turkey, a statement from Turkey's Incirlik Air Base said on Thursday.

It confirmed that the US Air Force MQ-1 Predator crashed in a field near Adana province on Thursday at 10:15 pm local time (1915 GMT), shortly after it departed from the base.

There have been no civilian or military casualties, the statement added.

An investigation is underway to determine the cause of the crash, while the remains of the aircraft are with US military and Turkish officials.

Commander of the 39th Air Base Wing Colonel David Eaglin said, “At this time the safety of our host nation civilians and the recovery and security of our asset is paramount.”

“Our Airmen train continuously to respond to incidents such as this, and we are working closely with our host nation partners to ensure this is resolved without conflict.”

Initial reports of the crash came late on Thursday, when the Adana province governor Mahmut Demirtas said the drone came down in the Ceyhan district of Cokcapinar. 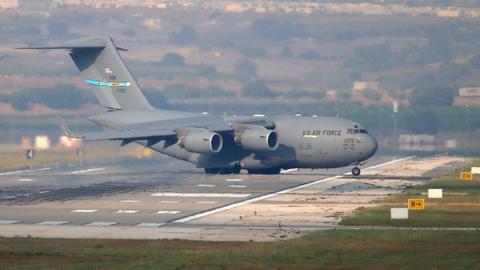