Over 20,000 return to liberated Syrian town of Jarablus

As Operation Euphrates Shield enters its first month, around 20,000 people have so far returned home to the freed Syrian town of Jarablus.

More than 20,000 Syrians have returned to the Syrian border town of Jarablus nearly a month after it was taken from the DAESH terrorist organisation, an official has said.

Operation Euphrates Shield, which led to the liberation of the city, began when Turkish tank units backed by jets crossed the border into Syria on August 24 in support of the Free Syrian Army. At least 54 DAESH terrorists were killed during the Battle of Jarablus.

Close to 1,200 square kilometres (745 miles) of northern Syria has been cleared of hostile groups so far in the operation. Nearly 900 DAESH targets were hit 4,000 times following the liberation of Jarablus, the source added.

According to a local councillor in Jarablus, the population of the city has increased to 25,000 from 35,000 as a result of the operation.

Hundreds of families moved back home from Azaz in northern Aleppo Province and Manbij, the official, who spoke on condition of anonymity due to safety concerns, added.

From Turkey alone, around 3,000 refugees have returned back home to Jarablus.

"Our office considers applications," said Oktay Bahceci, head of the Gaziantep regional migration office. "People whose paperwork has been completed are able to return to their country. To date, a total of 2,857 people have left the country [for Syria]."

Turkey has said the operation aims to bolster border security, support coalition forces and eliminate the threat posed by terror organisations, especially DAESH, and that it is in line with its right to self-defense born out of international treaties. The operation is being carried out under a mandate given to the Turkish Armed Forces by parliament in 2014, which was extended for another year in September 2015.

The US-led coalition has welcomed the operation, which has significantly contributed to ongoing efforts by the US-backed international coalition against the terror group. 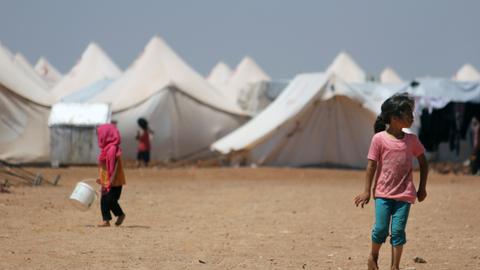 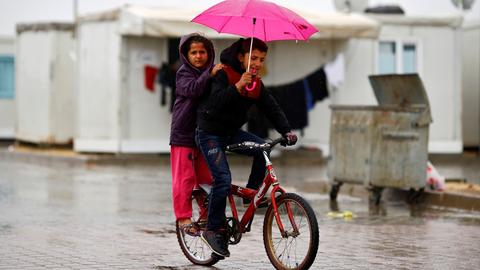