Turkey's President Erdogan, Prime Minister Yildirim and CHP leader Kemal Kilicdaroglu cast their ballots in their respective constituencies. Polls have closed and with 85% of the vote counted, "Yes" is at 53%.

The "Yes" campaign is marginally ahead in Turkey's referendum on constitutional change with just over 85 percent of the vote counted.

Millions of voters thronged to polling booths across Turkey to vote in a referendum which will determine whether the country will remain a parliamentary system or transition to a presidential one. By midday, President Recep Tayyip Erdogan, Prime Minister Binali Yildirim, Republican People's Party or CHP leader Kemal Kilicdaroglu, celebrity chef Nusret Gokce known of "Salt Bae" fame and even a couple just about to take their vows had voted.

Over 55 million Turkish citizens in the country of about 80 million are registered to vote and will decide with a "yes" or "no" whether to accept 18 amendments to the constitution put forward by parliament. These amendments range from the powers the presidency will wield, how to choose members of the judiciary, the minimum age of an MP, the strength of the parliament and others. The changes will also abolish the office of prime minister.

"This is not an ordinary referendum ... This is crucial because it is related to the system of governance," President Recep Tayyip Erdogan said as he voted in Istanbul.

In Ankara, head of the CHP Kemal Kilicdaroglu said, "We are voting for Turkey's destiny today ... I am very happy, I hope for a good result then we can solve the other problems of the country together."

Observers from the Organisation for Security and Co-operation in Europe (OSCE) monitored the voting process Sunday in the Turkish capital as the country headed to polling stations. 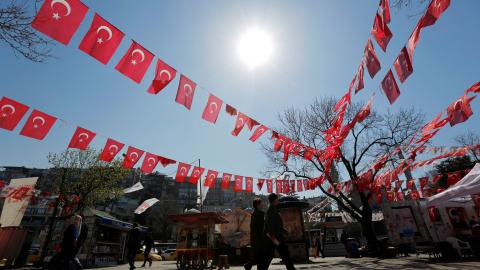 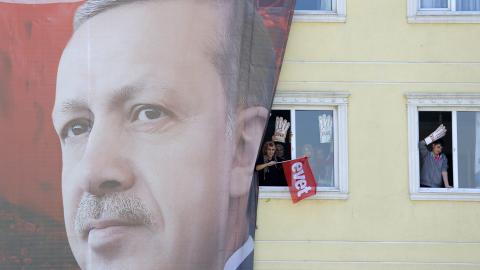 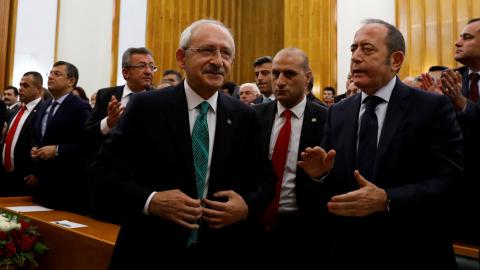