Turkey will have a new Prime Minister come Sunday night. Here are some fast facts about the possible next PM Binali Yildirim.

He was one the founders of the governing party and has been serving as the country's Transport, Maritime & Communications Minister since.

He will possibly be the country's next Prime Minister.

-Yildirim (60), was born in Refahiye, in the eastern province of Erzincan.

-He earned a Bachelor's Degree at Istanbul Technical University's Maritime Faculty and in 1991 graduated with a Masters of Science from Sweden's World Maritime University.

-While President Recep Tayyip Erdogan was the mayor of Istanbul, Yildrim served as the Director-General of the Istanbul Fast Ferries Company from 1994 to 2000.

-He won his first seat in Parliament as a deputy for Istanbul in the 2002 general elections which swept the AK Party into power.

-He served as Minister of Transport and Communications until 2007.

-In the 2007 general elections, he was elected as an AK Party deputy from his home province of Erzincan and continued his tenure as Transport and Communications Minister.

-After being elected as a deputy from the Mediterranean province of Izmir in the 2011 general elections, Yildirim became Minister of Transport, Maritime, and Communications.

-In 2014, he ran for mayor of the Izmir Metropolitan Municipality, but only got 36 percent of the vote.

-Last November after the general elections, he was reappointed to his portfolio.

During his tenure as minister, Yildirim launched several major projects, including high-speed rail lines connecting the capital Ankara to Istanbul and the central Anatolian cities of Eskisehir and Konya.

He also introduced Istanbul's Marmaray underwater rail tunnel and the Eurasia Tunnel which links the European and Asian sides of Istanbul.

His ministry also built the Yavuz Sultan Selim Bridge, which is the longest suspension bridge in the world with eight lanes for vehicle and two rail tracks for high-speed trains.

He also signed off on Istanbul's third airport in Arnavutkoy.

Istanbul's new airport will be one of the most significant projects signed off by Yildirim, as it will possibly be the largest airport in the world. 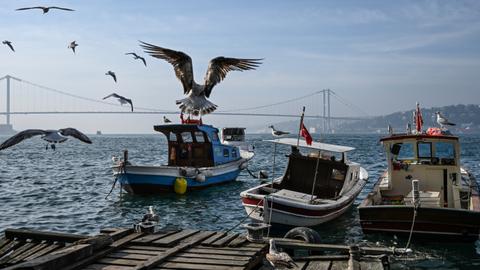 Istanbul and its significance for Turkey’s local elections