Ankara supports "One China policy," but distinction should be made between "terrorists and innocent people," Turkey's Foreign Minister Mevlut Cavusoglu tells Beijing in speech at UN Human Rights Council, Geneva.

Turkey's Foreign Minister Mevlut Cavusoglu voiced concern on Monday at China's alleged mistreatment of Uighurs and other Muslims in the East Turkistan region.

He also called for authorities to protect freedom of religion and cultural identity.

Without specifically mentioning mass detention camps reported to hold one million Muslims – which China says are centres for vocational education – Cavusoglu told the UN Human Rights Council [UNHRC] that "reports regarding human rights violations against Uighurs and other Muslim communities in East Turkistan are serious cause for concern."

"We encourage Chinese authorities and expect that universal human rights, including freedom of religion, are respected and full protection of the cultural identities of the Uighurs and other Muslims is ensured," he told the Geneva forum.

China has rejected all accusations of mistreatment in the camps.

A distinction should be made between "terrorists and innocent people," Cavusoglu said, adding, "And I have to underline that we support the One China policy."

The East Turkistan region is home to around 10 million Uighurs.

The Turkic Muslim group, which makes up around 45 percent of the region's population, has long accused Chinese authorities of cultural, religious and economic discrimination.

Up to one million people, or about seven percent of the Muslim population in the East Turkistan region, have been incarcerated in an expanding network of "political re-education" camps, according to US officials and UN experts.

Families of missing Uighurs speak out

Nearly two years after the Chinese government began to detain members of Muslim minority groups in western China, a growing number of family members abroad are refusing to remain silent.

On Sunday, about three dozen relatives of some of the Uighurs, Kazakhs and others being held without charge, spoke out about the mass detentions at an event in Washington, DC, hoping to raise awareness of what many are calling a human rights travesty.

"If you know someone who is missing, it is time to speak up," said Ferkat Jawdat, a Virginia-based software engineer.

He's lost contact with his 52-year-old mother in East Turkistan.

For members of the Uighur diaspora, losing a family member into the sprawling system has become all too common.

Jawdat co-organised Sunday's gathering so that Uighurs in the US could start collecting information on their parents, grandparents, aunts and uncles, and even children whose whereabouts are unknown.

They plan to present the data to the United Nations Working Group on Enforced or Involuntary Disappearances and the US State Department.

Some of the attendees have confirmation that their loved ones are detained in East Turkistan. Others have simply lost contact — and fear the worst.

"We want to raise awareness about what can happen to American families — many of these people here are American citizens," said Jawdat, a US citizen who helped organise the event, held in the basement of a public library. 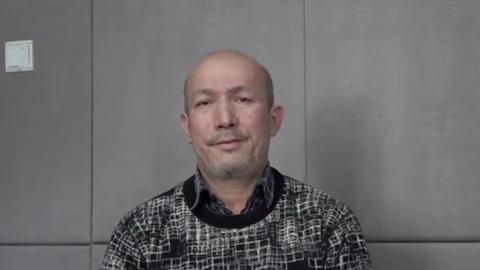