"Five countries supposedly distribute justice in UNSC ... Is there justice for Rohingya, Libya, Palestine or Jerusalem? These so-called orators of justice are only deceiving people," Turkey's President Erdogan says.

The so-called advocates of justice failed to get justice for Rohingya, Libya, Palestine and Jerusalem, and they "deceive humanity," Turkey’s President Recep Tayyip Erdogan said on Wednesday, referring to the five permanent members of the UN Security Council, who have veto powers.

Addressing prosecutors and other members of the judicial system in capital Ankara at a ceremony, Erdogan said the world is bigger than the five countries, referring to UNSC members China, France, Russia, the UK and the US.

"Five countries supposedly distribute justice in UNSC ... Is there justice for Rohingya, Libya, Palestine or Jerusalem? These so-called orators of justice are only deceiving people," Erdogan said.

"The world is bigger than five'' is a famous slogan repeatedly used by Erdogan to criticise the permanent UNSC members.

The Turkish president has long been calling on the international community and the UN member states to reform the "unjust" decision-making process in the UN.

Commenting on the Turkish justice system, Erdogan said, "Turkey fights for an independent and national justice system, which suffered attacks from various terror groups in the past, as well as from the political and military tutelage."

"We won't allow Turkey to return to the bad, old days when gangs within the judicial system exercised arbitrary justice," said the Turkish president.

"No judicial institution or judge is liable to make decisions in line with interests of any party, politician or person, including me," he added.

Erdogan urged judges and prosecutors to continue to exercise their freedom in the face of intimidations, referring to the recent speeches of main opposition People's Republican Party (CHP) leader Kemal Kilicdaroglu, which targeted judges.

The president also paid homage to Turkish prosecutor Selim Kiraz, who was murdered while on duty by DHKP-C terrorists in 2015.

"One Selim Kiraz will be martyred but thousands more will come," said Erdogan. 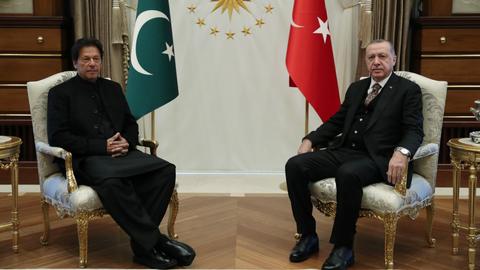 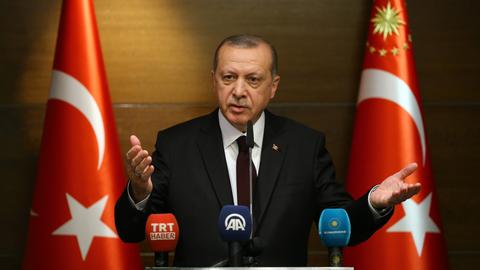