Another 10 convicts were also sentenced to life after being found guilty of several charges including attempting and aiding multiple murders, said the sources, who asked not to be named due to restrictions on speaking to the media.

Turkish prosecutors sought multiple life sentences last January for the suspects, along with multiple other counts totalling to 8,358 years.

On December 10, 2016, an explosive-laden vehicle and a suicide bomber killed 46 people, including 39 police officers, and injured 243 others following a football match in Besiktas, Istanbul.

The 63-page indictment accused the terrorists of acting against the unity and solidarity of the state.

The attack was carried out by the PKK-affiliated TAK terror group and ordered by senior PKK terrorists.

In its more than 30-year terror campaign against Turkey, the PKK – listed as a terrorist organisation by Turkey, the US and the EU – has been responsible for the deaths of nearly 40,000 people. 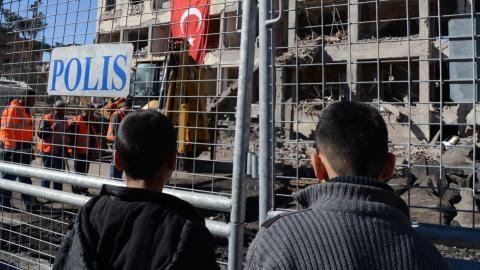