The soldiers are accused of communicating with Fetullah Terrorist Organisation – a terror group behind 2016 defeated coup in the country – through pay phones and landline phones.

At least 224 on-duty soldiers were arrested across Turkey for their suspected links to the Fetullah Terrorist Organisation (FETO), the group behind the 2016 defeated coup in the country, Anadolu news agency, citing  judicial sources said on Sunday.

The arrests came after Turkish prosecutors issued warrants for 295 soldiers, who are accused of communicating with FETO members through pay phones and landline phones, as part of a probe into FETO's structure in the Turkish Armed Forces.

Turkish police continued operations to arrest remaining 71 suspects, according to the sources.

FETO and its US-based leader Fetullah Gulen orchestrated the defeated coup of July 15, 2016, which left 251 people dead and nearly 2,200 wounded. 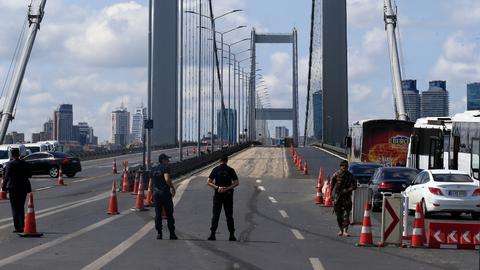