Turkey criticises US over religious freedom remarks ahead of Pompeo visit

US Secretary of State Mike Pompeo's planned visit to Turkey got off to a rocky start when Ankara criticised his decision to raise the issue of religious freedom.

Washington's top diplomat will be in Istanbul next Monday and Tuesday as part of a seven-nation tour that also takes him to France and parts of the Middle East.

In the Istanbul leg, Pompeo is scheduled to speak with Bartholomew I, the Fener Greek patriarch based in Istanbul.

The State Department said Pompeo wanted to "discuss religious issues in Turkey and the region and to promote our strong stance on religious freedom around the world".

Noting Turkey's progress in the field of religious freedoms over the past 20 years, Turkish Foreign Ministry spokesman Hami Aksoy in a statement said "the language employed in the press statement regarding the State Secretary’s visit is completely irrelevant."

"It would be more suitable for the US to first look in the mirror and show the requisite sensitivity towards human rights violations in the country such as racism, Islamophobia and hate crimes," Aksoy added.

"It would be more suitable for the US to first look in the mirror and show the requisite sensitivity towards human rights violations in the country such as racism, Islamophobia and hate crimes,"

Relations between Washington and its strategic NATO ally have run hot and cold during Donald Trump's presidency.

President Erdogan and President Trump build a warm friendship where they could address and solve bilateral problems easily good for two countries.

But Ankara and Washington have also sparred over US support for Syrian PKK/YPG terrorists that Turkey views as a grave security threat.

In the statement, Aksoy also underlined that Turkey sees "no objection in having foreign official guests meet with representatives of religious communities in the countries they visit" and recalled the country's historical record for its diversity and of hosting different religions for centuries.

"Whereas religious minorities throughout the world, and especially Muslims, have been forced to perform their worship under unfavourable conditions and constant threats, non-Muslim Turkish citizens have been able to freely perform their religious duties. The freedom of worship of Turkish citizens from different faiths is being protected," he added.

Statement of the Spokesperson of Ministry of Foreign Affairs, Mr. Hami Aksoy, in Response to a Question Regarding U.S. Secretary of State Mike Pompeo’s Visit to Turkey https://t.co/7pWSm8EXJL pic.twitter.com/RwTWpaLt9C

Turkey's reaction conveyed to US

Erdogan congratulated Joe Biden for his election victory on Tuesday.

He followed that up by sending a separate message to Trump a few hours later expressing thanks for his "warm friendship" and said he stood by his side "no matter how the official election result is certified".

The Turkish Foreign Ministry said its "reaction" to Pompeo's visit "has been duly conveyed to the US side, together with our advice to focus instead primarily on increasing the cooperation between our countries regarding regional and global matters". 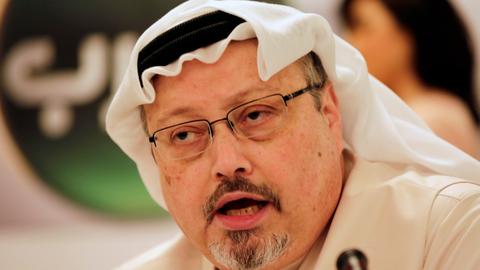 Khashoggi killers 'will be prosecuted in Saudi Arabia' – Saudi FM