The rebuttal came after reports that accused Turkey of permitting senior Hamas figures to order attacks against Israel from Istanbul.

Turkey on Thursday denied accusations that a Palestinian group is using its territory to plan attacks against Israel.

The denial came following media reports that claimed Turkey was turning a blind eye as commanders of the Hamas group were allegedly ordering attacks against Israel from Istanbul.

"We firmly reject the accusation that the Turkish territory is being used for any act against Israel or any other country," the ministry said.

The ministry added, however, that Turkey and other countries don't consider Hamas as a terrorist group "but as a political reality which has won the elections in Gaza back in 2006."

"Various countries, including Turkey, have contacts with Hamas at different levels," the ministry said.

However, we firmly reject the accusation that the Turkish territory is being used for any act against #Israel or any other country.

In 2011, 11 Hamas prisoners who were freed from jails in Israel arrived in Istanbul as part of a prisoner exchange deal between the Palestinians and Israel.

Once close allies, ties between Israel and Turkey have been tense since 2010 when 10 Turkish citizens were killed by Israeli forces in international waters.

Flotilla was delivering food and medicine to Gaza Strip.

The two countries agreed to a US-brokered reconciliation agreement in 2016, but ties broke down again last year over a US decision to recognise Jerusalem as Israel's capital. Both countries withdrew their ambassadors. 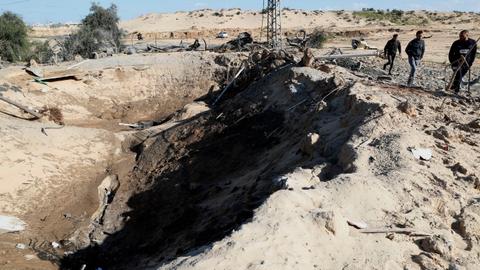