Greek media claims about an alleged plan to cut Turkish troop numbers in Cyprus by 80 percent were dismissed by Ankara on Thursday.

A spokesman for the Turkish Ministry of Foreign Affairs, Ambassador Huseyin Muftuoglu, said reports claiming Turkey had presented a four-step plan to reduce its military presence on the divided island were "not true."

Statement of Spokesperson on allegations concerning the proposal made bythe Turkish side at the Conference on Cyprushttps://t.co/0RJ8RPtvVu

The percentages mentioned in the reports were also false, Muftuoglu added.

Thursday's developments come amid international talks to resolve the Cyprus issue, currently being held in the Alpine resort of Crans-Montana, Switzerland.

The UN is seeking a peace deal to unite Cyprus under a federal umbrella, which could also define the future of Europe's relations with Turkey, a key player in the conflict.

This latest round of Cyprus talks began on Wednesday and are expected to continue about a week.

UN Secretary-General Antonio Guterres is expected to join the ongoing discussion on Friday.

The restart of the Cyprus talks on June 28 was announced earlier this month after Guterres met Turkish Cypriot and Greek Cypriot leaders in New York.

According to Turkish diplomatic sources, Cavusoglu said on Wednesday: "We are here for a solution. The 50-year conflict should come to an end."

The eastern Mediterranean island has been divided since 1974 when a Greek Cypriot coup was followed by violence against the island's Turks, and Ankara's intervention as a guarantor.

Ankara has maintained a military presence there ever since, to safeguard the Turkish community on the island.

Akinci and Anastasiades have been involved in reunification talks to create a federal state since May 2015. 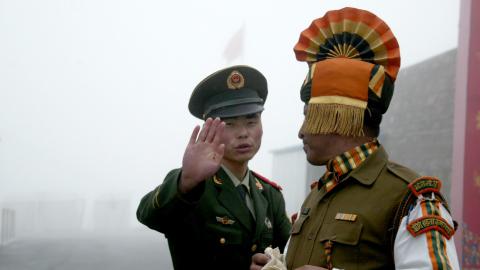 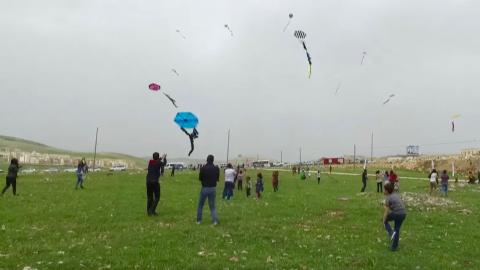