"National Unity" marches are being staged in Istanbul and Ankara to commemorate the bloody coup attempt that took place in the country last year.

Turkey on Saturday marked one year since the defeat of the deadly coup attempt aimed at ousting the country's democratically-elected President Recep Tayyip Erdogan.

At least 249 people were killed and more than 2,000 injured as Turkish people took to the streets and fought against armed soldiers, tanks, helicopters and F-16 fighter jets to stop the coup attempt by a faction of the military.

Ankara blames US-based Fethullah Gulen and the followers of the Gulen movement called the Fethullah Terrorist Organisation (FETO), for orchestrating the coup attempt.

Turkey also accuses FETO of being behind a long-running campaign to overthrow the state through the infiltration of Turkish institutions, particularly the military, police, and judiciary.

The authorities have declared July 15 an annual national holiday of democracy and unity, billing the foiling of the putsch as a historic victory of Turkish democracy.

"It's one year since the darkest night was turned into an epic," Prime Minister Binali Yildirim told a special session of parliament that kicked off a day of celebrations set to last until dawn.

He said the night of July 15 was a "second War of Independence" after World War I that led to the creation of the modern Turkish state.

Giant posters designed by the presidency have sprung up across billboards in Istanbul for Saturday's nationwide commemorations on this key date. "National Unity" marches are being staged in Istanbul and Ankara.

Meanwhile, illuminated anti-coup slogans have been hung between the minarets of some of Istanbul's greatest Ottoman mosques.

Erdogan, at the centre of the events, will later take part in a people's march on the Istanbul bridge across the Bosphorus that saw bloody fighting a year ago.

The bridge has since been renamed Bridge of the Martyrs of July 15.

At midnight local time (2100 GMT) people across Turkey will take part in "democracy watches", rallies commemorating how people poured into the streets.

Erdogan will return to Ankara and at 2300 GMT give a speech in parliament to mark the time it was bombed.

A monument to those killed will then be unveiled outside his palace in the capital as the dawn call to prayer rings out. 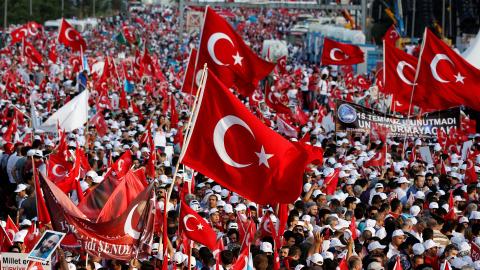 How did the failed coup affect Turkey-US relations? 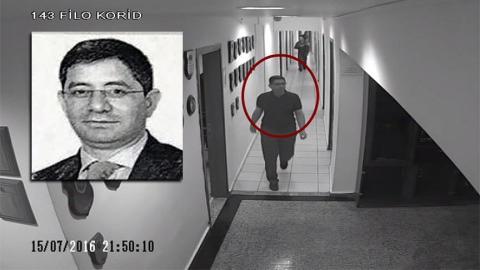