Turkish Defence Minister Hulusi Akar said Turkey would have to look for alternatives if it could not acquire US F-35 jets over the purchase of the advanced Russian S-400 air-defence system.

Turkey said on Saturday it would look for alternative fighter jets if it could not acquire F-35s for any reason.

"All should be aware that Turkey will have to look for alternatives if F-35s [jets] cannot be acquired for any reason," National Defense Minister Hulusi Akar said at an interview with Al Jazeera.

Turkey's acquisition of the advanced Russian S-400 air-defence system prompted the US administration to remove Turkey from the F-35 fifth-generation joint strike fighter program in July.

He said that the training efforts were ongoing on the operation of the missile defence hardware. 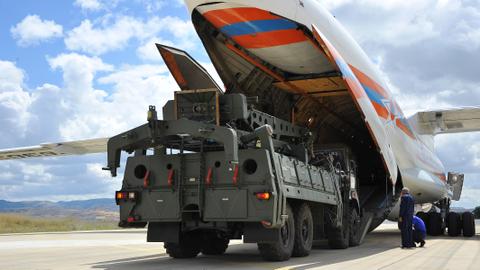