Turkey's President Erdogan says he will meet leaders of Russia, Germany, and France on March 5 to discuss situation in flashpoint Idlib province, where regime onslaught has displaced nearly a million Syrians.

Turkey's President Recep Tayyip Erdogan on Saturday said he would hold a summit with the leaders of Russia, France, and Germany on March 5 to discuss the situation in Syria's last rebel enclave of Idlib, where a recent push by regime forces has displaced nearly a million people.

"We will come together on March 5 and discuss these issues," Erdogan said in a televised speech, following a phone call on Friday with Russian President Vladimir Putin, and his teleconference with French President Emmanuel Macron and German Chancellor Angela Merkel.

"I expressed our determination on (Idlib) clearly to (Vladimir) Putin yesterday. I also mentioned it to (Angela) Merkel and (Emmanuel) Macron," Erdogan said.

"On March 5, we will meet with Putin, Macron, and Merkel, and we will talk about these again."

German and French leaders expressed concern about the humanitarian situation in Idlib and urged an end to the conflict, while the Kremlin said it is discussing the possibility of holding a four-way summit.

With hundreds of innocent dead and wounded, cities wiped off the map, and the biggest humanitarian catastrophe of the century, this is raises the question, on who did Russia and Assad win?!! #Aleppo #WhiteHelmets #Syria pic.twitter.com/M7S9OC85Aj

Meanwhile, a Turkish soldier was killed in an attack by regime forces in Idlib, northwestern Syria, Turkish Defence Ministry Saturday said on Twitter.

Turkey retaliated to the attack with full force and 21 regime targets were heavily hit and destroyed, said the ministry in a series of tweets.

Turkey has swiftly retaliated to any attack, neutralising hundreds of regime troops and targets, warning that it would not tolerate any Turkish soldiers coming to harm.

Syria has been mired in a vicious civil war since early 2011 when the Bashar al Assad regime cracked down on pro-democracy protests.

Since then, hundreds of thousands of people have been killed and more than 10 million others displaced, according to UN figures.

Idlib, near Turkey's southern border, falls within a de-escalation zone laid out in a deal between Turkey and Russia in late 2018.

The Syrian regime and its allies, however, have consistently broken the terms of the ceasefire, launching frequent attacks inside the territory where acts of aggression are expressly prohibited.

The de-escalation zone is currently home to about four million civilians, including hundreds of thousands displaced in recent years by regime forces throughout the war-torn country.

More than one million Idlib refugees have moved towards the Turkish border in recent months, fleeing attacks by the Assad regime and its allies which caused a desperate humanitarian situation.

Turkey, which already hosts 3.7 million Syrian refugees, says it cannot handle another wave and has called for an immediate halt to the attacks on Idlib, and for the ceasefire to be followed, warning that if the attacks do not stop, Turkey will act.

Meanwhile, the UN has suggested that the Tal Abyad border crossing between Syria and Turkey could be used to deliver aid to civilians in northeast Syria after Russia and China blocked the world body from using a crossing point on the Iraqi border to provide help.

Last month, the UN Security Council allowed a six-year-long cross-border aid operation to continue from two places in Turkey but dropped crossing points from Iraq and Jordan due to opposition by Russia and China. Council approval was needed because the Syrian regime did not consent.

The 15-member council also asked Secretary-General Antonio Guterres to report back this month on any possible alternative routes to the Al Yarubiyah crossing between Syria and Iraq to ensure aid deliveries. Western diplomats have said Al Yarubiyah's closure cuts off 40 percent of medical aid to northeastern Syria.

"If viable alternatives to Al Yarubiah are not found for medical items, the gap between the humanitarian response and humanitarian needs will increase," Guterres wrote in his report to the council, seen by Reuters news agency on Saturday.

"From a security and logistical perspective, in the current context, the Tal Abyad border crossing would constitute the most feasible alternative," he said. 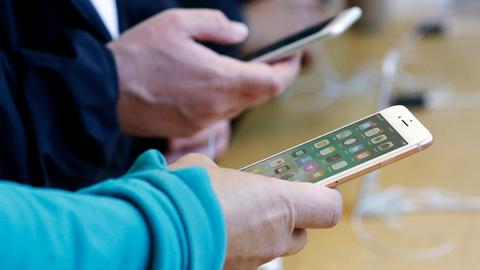