Turkey has struggled to become a full member of the EU for the last 60 years but it is determined to gain membership, says President Erdogan.

Turkish president on Thursday reiterated vow to gain full membership in the European Union despite counter-efforts.

"Turkey proceeds on its way persistently despite those trying to exclude it from the European family," Recep Tayyip Erdogan told a reform action group meeting in the capital Ankara.

Erdogan stressed that Turkey has been struggling to become a full member of the EU for the last 60 years, adding that the country is determined to gain membership.

Turkey applied for EU membership in 1987 and accession talks began in 2005.

But negotiations stalled in 2007 due to objections of the Greek Cypriot administration on the divided island of Cyprus as well as opposition from Germany and France.

TRT World's Andrew Hopkins in Ankara has more on the story.

Erdogan emphasised that Turkey is continuing to protect its eastern and western borders, not only for national security but also for Europe’s security, referring to more than four million refugees hosted by the country.

Turkey has yet to see how sincere the EU is about visa liberalisation when Turkey fulfils the remaining six criteria out of a total of 72, he said.

In 2016, Turkey and the EU signed a deal aiming to stem the irregular migration flow through the Aegean Sea by taking stricter measures against human traffickers and improving conditions for about three million Syrian refugees in Turkey.

The deal also allows for the acceleration of Turkey’s EU membership bid and visa-free travel for Turkish nationals within the Schengen area, on the condition that Ankara meets all 72 requirements set by the EU.

Turkey has long complained of the EU being slow to deliver the promised funds for refugees and failing to uphold its end of the deal concerning visa-free travel. 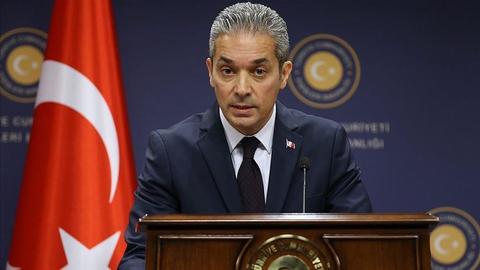