Turkish Prime Minister Binali Yildirim has said that a total of 208 people were martyred and 1,491 more wounded during Friday's failed military coup attempt.

Yildirim released the numbers during the council of ministers' meeting at Cankaya Palace in Ankara on Monday.

He said the coup attempt claimed 208 lives including 60 police officers, three soldiers and 145 civilians who ‘are our hero martyrs'.

The Turkish PM added that 7,543 people have been detained over alleged links to the botched putsch.

"The numbers can change," he said.

"A hundred of them are police officers, 6,038 of them are soldiers of different ranks, 755 judges and prosecutors, and 650 civilians."

Commenting on the possibility of reinstatement of the death penalty for coup participants, Yildrim said ‘although we are a law-abiding state, we do politics for our citizens.'

Following the failed coup, the calls for restoration of the death penalty for the coup plotters echoed at the pro-government rallies held across the country over the weekend.

"The demand of our citizens is an order for us," said the prime minister. "However, it is not right to take a hurried decision. But, we cannot ignore the demand from our citizens," he added.

Yildirim said that the imposition of the death penalty requires a change of the Turkish constitution.

On Sunday, President Recep Tayyip Erdogan also remarked on the reinstatement of the death penalty. "The demands of the people cannot be overlooked in democracies. It is your right. This right shall be examined within the constitutional framework by the concerned authorities."

A faction of the military attempted to overthrow Turkey's democratically elected government on Friday night.

The Turkish government believes the botched coup was attempted by the followers of US-based cleric Fethullah Gulen.

Gulen is accused of pursuing a long-running campaign to overthrow the government through supporters within the Turkish state, particularly the military, police and judiciary. 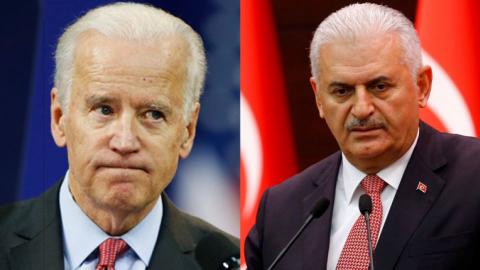 Biden says US to 'work with' Turkey on Gulen extradition 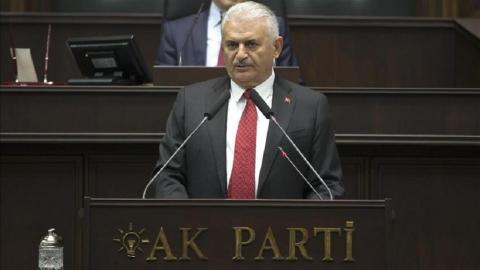