An Istanbul high court sentenced 25 people to 12 years of imprisonment for being members of a terrorist organisation. Among the convicted were many former Istanbul police chiefs.

A Turkish court on Friday sentenced several top figures found to belong to an illegal network dubbed by Turkish authorities as the Fetullah Terrorist Organisation (FETO) to up to 31 years in prison.

FETO is held by the Turkish government as being responsible for an abortive military coup attempt in July last year. Its members are alleged to have infiltrated various state institutions including the military, police and judiciary in a bid to undermine democracy in Turkey.

The 14th High Criminal Court in Istanbul sentenced 25 suspects to 12 years of imprisonment each on the grounds of being "members of a terrorist organisation" and plotting against a publishing group known as Tahsiye in 2009.

The court's verdict in the case was the first made among cases filed against many alleged plots by FETO.

Hidayet Karaca, the former chairman of Samanyolu TV, a FETO-linked television channel, was handed a total jail sentence of 31 years for having a leadership role in an armed terrorist organisation, defamation and forgery of official documents.

The court also sentenced ex-policeman Ali Fuat Yilmazer to 16 years and six months in jail for being a member of an armed terrorist group.

The individual cases for two fugitive suspects – FETO's alleged leader Fetullah Gulen and former Police Chief Mutlu Ekizoglu – were separated due to their inability to testify.

Gulen has been living in self-imposed exile in the US state of Pennsylvania since 1999.

In 2011, the founder of the Istanbul-based Tahsiye publishing house, Mehmet Nuri Turan, filed a complaint against Gulen and FETO-linked media outlets for targeting him.

The name of the group was first coined by Gulen in a speech he gave on April 6, 2009 where he hinted at the existence of a terrorist organisation called Tahsiye.

The FETO leader alleged that the Tahsiye publishing house and its members had links with extremist organisations.

Yilmazer, who was the head of the police intelligence department at that time, had also submitted a report in 2009 which alleged that the Tahsiye organisation supported groups like Al Qaeda.

The group was also allegedly defamed as a shadowy organisation in a TV series that used to be aired on Samanyolu TV.  The channel was later closed by the government following the coup attempt last year. 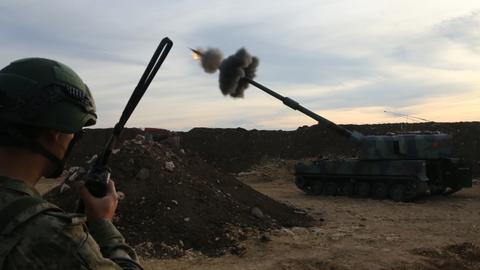