Turkish police arrested 38 suspected Gulenists on Tuesday in simultaneous operations held in 28 provinces against the group which Turkey considers to be a terrorist organisation.

The operations are part of an investigation launched by the Istanbul Public Prosecutor's Office, which on Monday issued arrest warrants for 140 people.

According to police sources, six people were remanded in custody, while arrest warrants were issued for 58 more people Tuesday for reportedly "forming a terrorist organization," "being a member of a terrorist organisation" and "illegal wiretapping."

The move came after police arrested 100 people in Istanbul and nine other provinces across Turkey after the Chief Public Prosecutor's Office issued arrest warrants for 140 people as part of an investigation concerning around 40 million Turkish liras ($14 million) provided to the Gulenist organisation between 2004 and 2015.

The Gulenists are followers of Fethullah Gulen, a former imam from Turkey who lives in self-imposed exile in the United States.

Turkey's National Security Council considers the Gulenists a major threat as they are trying to set-up a so-called parallel state composed of a network of followers who have allegedly infiltrated the judiciary, police force, and other state agencies to control these institutions.

The investigation against the Gulenists was launched after the group was accused of trying to overthrow Turkey's elected government with a judicial coup in 2014.

Since then, investigations into the parallel state have seen hundreds of civil servants, including police and public prosecutors, arrested or reassigned. 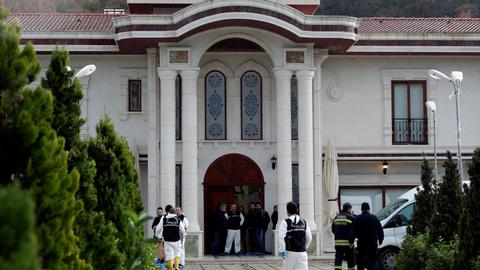