US chairman of the Joint Chiefs of Staff and Turkish Prime Minister Binali Yıldırım discussed the Turkey-US partnership and the extradition of Fethullah Gülen in a meeting on Monday.

The US chairman of the Joint Chiefs of Staff, General Joseph Dunford and Turkish Prime Minister Binali Yıldırım came together on Monday to discuss the Turkey-US partnership after a failed coup attempt in Turkey on July 15.

According to a statement released by the Turkish prime ministry, during the closed-door meeting at Çankaya Palace in Ankara, Dunford stated that the US will continue its cooperation with Turkey in all areas, including military.

The relations between the two NATO allies have been strained following US General Joseph Votel's comments on the attempted coup.

Votel said he was concerned for Turkish military leaders close to the US who were arrested, suspended or fired.

More than 1,600 military personnel including 149 generals have been removed from the army due to their links to the failed coup.

"You are taking the side of coup plotters instead of thanking this state for defeating the coup attempt," Erdoğan said in a speech at a military centre in Ankara.

Later, Pentagon stated that the head of the US Central Command was misunderstood.

During the meeting, Yıldırım told Dunford that the Turkish army continues its duties in full capacity with new regulations and appointments.

Yıldırım underlined that Turkey's cooperation with the US and other allies in fight against the DAESH and PKK terrorist organisations has seen no disruption.

The extradition of Fethullah Gülen

The extradition of the US-based cleric Fethullah Gülen, the leader of the FETÖ terrorist organisation, was also discussed during the meeting.

Gülen, who has been living in self-imposed exile in the US since 1999, is accused of masterminding the coup attempt.

Turkish authorities submitted a formal request to the US for his extradition on July 19.

Following the submission, US Vice President Joe Biden told Yıldırım that the US acknowledged Turkey's expectations and would continue to support its ally.

However, the ultimate decision rests with the courts, he added.

Yıldırım reiterated that the extradition of Gülen will be a crystal clear sign of the US' full stance against the coup attempt.

Earlier in the day, Dunford paid a visit to the Turkish Parliament, which was bombed during the coup attempt.

According to sources speaking to the official Anadolu Agency, the US general offered his condolences to the Turkish authorities.

He stated that the parliament staying open during the attacks by pro-coup troops is "a sign of great courage," and added that the US gives full support to the democratic system in Turkey.

Dunford also came together with US military personnel at the Incirlik Air Base in Turkey's southern Adana province.

The Incirlik Air Base has been a central facility in US and NATO efforts against DAESH in Syria and Iraq. 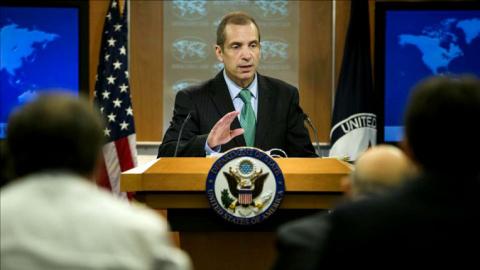