Military tanks, gunfire and the sound of bombs could not keep people from heeding the call of President Erdogan to repel the attempted military coup.

It was an anxious Friday evening as citizens received word of a military coup in Turkey.

Reports that heavily armed groups took up strategic positions including Istanbul Ataturk Airport, the Bosphorus bridges and government offices - including the Parliament, the state broadcaster TRT and the MIT intelligence agency - spread like wildfire through social media platforms.

Sounds of gunfire, bombs and fighter jets were heard around Turkey as a military faction declared martial law. Shortly afterwards, President Recep Tayyip Erdogan called upon citizens to take to the streets to show their support for democracy and protest against the coup.

On the eastern side of Istanbul's Bosphorus bridge, TRT World's Yasin Eken recounted his harrowing experience amidst the sound of gunfire and fighter jets flying overhead.

Other twitter users in the same neighbourhood also tweeted their experiences.

Incredibly unnerving MT @laurapitel: This is the street where I do my shopping! (Uskudar, Istanbul) pic.twitter.com/cAufLXq7rG

In Taksim Square, journalist Oz Katerji reported events via Facebook's live stream on Friday evening. The video depicts the crowd erupting in jubilant shouts as they repelled a military vehicle.

TRT World Executive Producer Ben Said was on duty on Friday evening when the rogue military faction stormed the building.

Turkish authorities have confirmed that in total, 161 people were killed as a result of the attempted coup, while 1,440 were injured.

2,839 army members have been detained for their involvement in the coup. 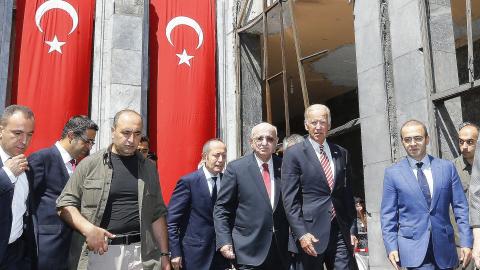 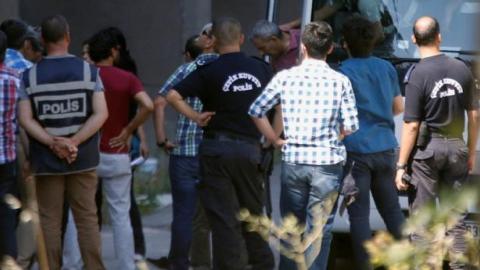 Over 8,000 officials suspended after coup attempt