The grounded Japanese ship that leaked tons of oil near protected areas off the Indian Ocean island nation of Mauritius has split apart, officials said on Saturday, with remaining fuel spreading into the turquoise waters.

Photos posted on social media by the official cleanup effort with the support of the environment ministry show the ship in two pieces, “and the tugboats are already at work.” Oil barriers were in place and a skimmer ship was nearby.

Most if not all the remaining 3,000 tons of fuel had been pumped off the ship in the past week as environmental groups warned that the damage to coral reefs and once-pristine coastal areas could be irreversible.

As of Saturday about 90 tonnes of oil remained on board, much of it residue from the leakage.

The MV Wakashio struck a reef on July 25 and its hull began to crack after days of pounding waves. Some 1,000 tons of fuel began to leak on August 6.

The Mauritius government is under pressure to explain why immediate action wasn’t taken to empty the ship of its fuel. Prime Minister Pravind Jugnauth earlier blamed bad weather for the slow response.

Owner Nagashiki Shipping has said “residual” amounts of fuel remained on the ship after pumping. It is investigating why the ship went off course.

The ship was meant to stay at least 16 kilometres (10 miles) from shore. The company has sent experts to help in cleaning up the damage.

The Mauritius government is seeking compensation from the company.

After the government declared an environmental emergency, thousands of volunteers rushed to the shore to create makeshift oil barriers from tunnels of fabric stuffed with sugar cane leaves and even human hair, with empty soda bottles tucked in to keep them afloat.

Like the horrible oil spill that’s looming off of Mauritius, 2020 is hauntingly relentless. pic.twitter.com/CykCUN2E9v

The full impact of the toxic spill is still unfolding, scientists say. As the Indian Ocean island's residents scramble to mop up the oil slicks and clumps, they are seeing dead eels and fish floating in the water, as fuel-soaked seabirds limp onto shore.

Satellite images also show the 1,000 tonnes of spilled oil spreading northward along the coastline from the spill site in the turquoise waters of Blue Bay Marine Park.

The damage, scientists say, could impact Mauritius and its tourism-dependent economy for decades.

"This oil spill occurred in one of, if not the most, sensitive areas in Mauritius," oceanographer and environmental engineer Vassen Kauppaymuthoo told Reuters by telephone from the island, where he was surveying the disaster. "We are talking of decades to recover from this damage, and some of it may never recover."

The wildlife at risk include the seagrasses blanketing sand in the shallow waters, clownfish darting around coral reefs, mangrove trees corralling the coastline with their tangled root systems, and the critically endangered Pink Pigeon, endemic to the island.

Giant tortoises slow-walk through a nature reserve on the nearby islet, Ile-aux-Aigrettes, where there is also a scientific research station. Altogether, Blue Bay Marine park counts 38 types of coral and 78 species of fish.

The spill brings "a massive poisonous shock to the system," said Adam Moolna, an environmental scientist from Mauritius who lectures at Keele University in Britain.

"This oil will have cascading effects across the webs of life."

The country of some 1.3 million people relies heavily on tourism and already had taken a severe hit with the coronavirus pandemic travel restrictions. 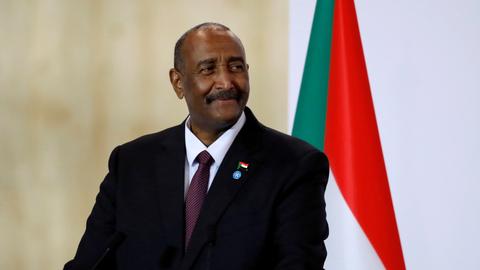