US will review any Gulen-related material on Russian ambassador's murder

US Justice Department spokesperson Nicole Navas Oxman said the US will review "any materials the Turkish government may provide" and decide accordingly in relation to the murder of Russia's ambassador to Turkey, linked by Ankara to Fetullah Gulen.

The US will decide whether to extradite Fetullah Gulen to Turkey in connection with the 2016 assassination of the Russian ambassador in Ankara when Turkey submits the relevant documents, a report on Monday quoted the US justice department as saying.

"We will review any materials the Turkish government may provide in this regard and will make any decisions about extradition on the basis or the facts and relevant US laws," Justice Department spokesperson Nicole Navas Oxman told Russian state-run news agency Tass.

Then Russian ambassador to Turkey, Andrei Karlov, was assassinated on December 19, 2016 by Mevlut Mert Altintas, an off-duty police officer with links to a network linked to Gulen, dubbed FETO by the Turkish authorities.

FETO and its US-based leader Fetullah Gulen orchestrated the defeated coup of July 15, 2016 in Turkey which killed 250 people and injured nearly 2,200.

Karlov was delivering a speech at the Contemporary Arts Gallery in Ankara's central Cankaya district when the assassin opened fire on the diplomat.

Altintas was killed in a subsequent shootout with police in the gallery. An investigation found that the assassin was linked to FETO. Turkish prosecutors determined that Altintas personally knew Gulen.

Five people, including three police officers, were arrested in the probe into Karlov’s killing. 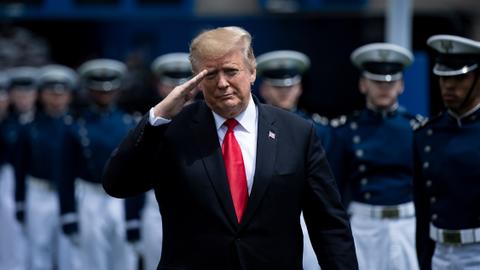 Trump thanks Turkey for release of US citizen