1
Turkiye media mogul buys UK football club in 'dream come true' deal
2
5 ways your memory misleads you
3
What are Egyptians saying on the eve of the January 25 revolution?
4
Turkiye to run 'charity train' to Afghanistan as hunger worsens
5
‘Tax us now’: Millionaires call out to global leaders

Turned into a spy for the UAE in 2013, the since captured al-Astal was paid $400,000 to report back to Emirati intelligence services on whether Turkey was vulnerable to another coup.

Turkey enjoys a diverse foreign relations portfolio with the world, shaped by shared issues, timing, and the interaction of differing geopolitical pressures. At times this leads to amity, and even close ties. In other cases, it gives rise to rivalry. For the United Arab Emirates, however, direct, visible opposition has quickly become the norm for every regional issue and case it shares with Turkey.

Abu Dhabi has waged its most intensive offensives against Turkey, both politically and through its media, describing its regional policies as colonial and expansionist. In turn, the UAE is often the subject of clear and direct criticism from Ankara by name.

The most recent episode of this conflicted saga came with Ankara’s announcement of the arrest of Ahmed al-Astal, on charges of espionage. He was accused of spying on Turkey and the large Arab opposition community it provides safe haven to, all for the benefit of the UAE’s intelligence community.

Ahmed al-Astal, originally from Palestine, was detained on Friday. His capture marks the third arrest of suspected spies working for Abu Dhabi.

Two other spies who reported to the UAE's intelligence operators were arrested in April 2019. An official told Reuters that one of the two was linked to the murder of Saudi journalist Jamal Khashoggi in Saudi Arabia’s consulate in Istanbul. The other died in custody in what the government described as an apparent suicide, according to the prosecutor’s office.

"The suspect was on the run for a few weeks prior to his arrest. Our attention was drawn to his bank account movement," An anonymous Turkish security source speaking to Al-Jazeera Net. Al-Astal, who is expected to appear in court this week, has reportedly admitted to working for the UAE, added the official.

On Friday, Reuters news agency reported that Turkish authorities had obtained a “trove of documents” from the suspect, establishing his intelligence links to the UAE.

An official told Reuters he travelled to Turkey using a non-UAE passport and “infiltrated Arab dissidents and journalist networks for years”. A summary of the findings by Turkish intelligence shared with The Washington Post reveals al-Astal, codenamed Abu Layla in the UAE, was forced into espionage more than 10 years ago.

He initially turned down an offer by the UAE in 2008, but later accepted it after failing to find employment. The findings note that al-Astal “concentrated on Turkey’s relations with the Muslim world, foreign policy initiatives and domestic politics”, adding that he was also tasked with looking into whether the Turkish government was vulnerable to another coup following the 2016 failed attempt.

Al-Astal also “passed information to the UAE about Turkey-based Arab journalists and dissidents, who may be vulnerable to recruitment efforts by Emirati intelligence”, the summary said, while revealing that he was paid approximately $400,000 while working for the UAE.

The initial anonymous Turkish security source revealed that Turkish intelligence services investigate those coming from the UAE with a mind to staying in Turkey, out of caution that some individuals may be sent to carry out espionage or counter-intelligence. He also noted that the Arab opposition community in Turkey is also following up on the fact that it is always targeted by foreign Middle Eastern intelligence services.

Finding al-Astal wasn’t easy. But sources reveal that after correlating visits of UAE officials to Turkey, a link was found between a visiting security official and al-Astal in April 2016. The spy was in touch with his handlers using software installed in his computer system.

A source confirmed that allegations that al-Astal worked for Anadolu News Agency are incorrect. The captured spy did volunteer there for two months however, despite not being an employee.

Hossam al-Astal, the suspect’s brother who currently resides in Gaza said he does not believe his brother Ahmed was working for the UAE’s intelligence services, although he had lived in the UAE prior to moving to Turkey in 2013.

He said the UAE considered his brother an opposition figure due to his support of the Muslim Brotherhood, adding, "How can he be accused of this?"

A press release by the Palestinian Press Syndicate confirmed that Ahmed held a Jordanian passport, and worked as a journalist for several years in the UAE, before moving to Turkey eight years ago for the purpose of journalism and research.

Meanwhile, the Washington Post reported that Ahmed “Abu Layla” al-Astal, was managed by Emirati officials. After his capture, he told investigators that he only knew them by their aliases.

Resul Tosun, a former MP in Turkey's governing Justice and Development Party, commented that the UAE is a pragmatic state targeting and spying on Turkey for the benefit of US imperialist interests and the Zionist regime in Israel.

"The imperialist powers are upset with an independent and strong Turkey, which has become a regional force defending its interests and those of the region," Tosun said speaking to Al-Jazeera Net.

"This is why they aim to stop Turkey or to undermine it using Abu Dhabi as a tool to achieve this goal,” he adds.

Tosun, a former member of parliament himself, elaborates, "Turkey enjoys widespread appeal and acceptance among Arab peoples because it believes in the will of the people and the rotation of power, in addition to development achievements and historical political positions," he said. "This frightens the Emirates, so it tries to distort it and topple it in its own land."

Tosun says Turkey is now a player in the Arab Gulf through a strategic relationship with Qatar, while the UAE's game and the language of expansion are beginning to decline, making harassment in Turkey less effective and valuable.

Turkey “wishes for no conflict with another country, but when the UAE carried out an activity against our interest, we cannot leave it without a full accounting,” emphasised Cevdet Yilmaz, Turkey’s former Deputy’s Prime Minister, and current AK Party Vice President.

Yasin Aktay, Turkish presidential advisor also noted that the UAE is hostile to Turkey because of its support for Arab revolutions.

“It [the UAE] also supports the dispute between Egypt and Turkey, and stands in the face of any Egyptian cooperation with us in the Middle East, even at the expense of the interests of the Egyptians, with full belief that it benefits from triggering sedition and destabilising the region."

On the other side, former Dubai police chief, Dhahi Khalfan Tamim, tweeted, “Turkey's occasional arrests of Emirati citizens must be met with a popular boycott on travel to Turkey," claiming “when you travel to Turkey under Erdogan today, you are travelling to a repressive state."

In January 2019, the Middle East Eye unveiled a meeting bringing together Yossi Cohen, director of Israeli Foreign Intelligence Service (Mossad), as well as Emirati, Egyptian and Saudi officials "to discuss ways of countering Turkey's influence in the region."

In late July 2019, Turkish Defence Minister, Hulusi Akar, warned the UAE, saying that Ankara would hold it to account for its actions at the right time and place, given the harm it caused Turkey in Libya and Syria.

The Turkish minister described the Gulf country as a “state that is being used remotely,” and warned it to consider “its small size and influence, and cease spreading sedition and corruption.”

In December 2019, Dahlan - who remains employed by the UAE - was added to Turkey’s list of most-wanted terrorists for his links to the FETO terror group, and his role in the failed coup on 15 July 2016. 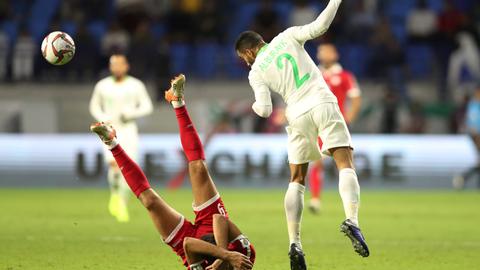 1
Turkiye media mogul buys UK football club in 'dream come true' deal
2
5 ways your memory misleads you
3
What are Egyptians saying on the eve of the January 25 revolution?
4
Turkiye to run 'charity train' to Afghanistan as hunger worsens
5
‘Tax us now’: Millionaires call out to global leaders