President Erdogan says Moscow's decisions in the war-torn Syria are a threat to southern Turkey, urging President Putin to adopt a new approach "as a requirement of solidarity."

Turkey has called on Russia to adopt a different approach in Syria, saying Moscow's decisions in the war-torn country are a threat to southern Turkey.

"The regime in Syria poses a threat in the south of Turkey. So, as a friend to Russia, I expect from [Vladimir Putin] Putin and Russia a different approach as a requirement of solidarity," President Recep Tayyip Erdogan said in comments to reporters after Friday prayers in Istanbul,

"We need to fight this together in the south," he added.

The US is not interested in Syria these days, said Erdogan, noting that Russia, Iran, and Turkey "should discuss ways to create a peace zone in Syria."

The Turkish president also said there is no progress in handling issues such as the PKK/YPG terror group with the Biden administration.

"We are working on to further improve our bilateral relations with Russia as we have the target of reaching a $100 billion bilateral trade volume with Russia," Erdogan said.

When asked about his visit to the US, President Erdogan said he had "never experienced such a situation with any of the leaders in America."

READ MORE: Erdogan: US not 'acting honestly' with Turkey, ties at low point

On Thursday, Turkish broadcaster Haberturk reported Erdogan as saying that Turkey's ties with the United States are not healthy and that Washington needed to "sort out" issues over Ankara's purchase of Russian S-400 defence systems, according to broadcaster .

"I cannot say that a healthy process is running in Turkish-American ties ... We bought F-35s, we paid $1.4 billion and these F-35s were not given to us. The United States needs to first sort this out," Haberturk quoted Erdogan as telling reporters after attending the UN General Assembly in New York. 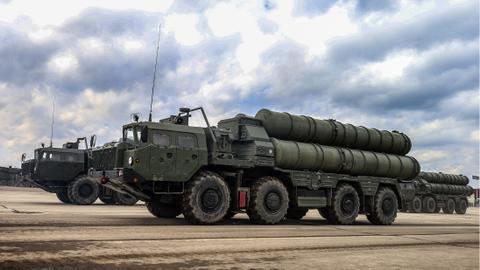