A major US university has moved its classes online after a former philosophy lecturer posted a video apparently threatening a mass shooting on campus.

University of California, Los Angeles told its 44,500-strong student body on Tuesday that classes would be held remotely after Matthew Harris put an 800-page screed and video on the internet.

A university spokesman said Harris was understood to be nowhere near the university, but that managers were acting out of an abundance of caution.

"Out-of-state law enforcement has confirmed the person who made threats to UCLA is under observation and not in California," chief media officer Steve Ritea said.

According to the Daily Bruin, a newspaper published by UCLA students, university police have opened an investigation into Harris.

The paper cited emails from the philosophy department which said Harris had sent messages to several individuals, including a link to a video entitled "Philosophy UCLA (Mass Shooting)" as well as an 800-page "manifesto" containing threats.

Harris had been placed on administrative leave last year after being accused of sending a video with pornographic content to a student, the Daily Bruin reported.

Mass shootings, particularly in schools, shopping malls and places of worship, are a recurring problem in the United States that successive governments have not curbed.

Despite a majority of the US public being in favour of stricter gun control rules, attempts to limit access to firearms are regularly stymied by a powerful gun lobby, which cites a constitutional right to bear arms.

Gun violence claimed more than 44,000 lives in 2021, including suicides, according to the Gun Violence Archive. 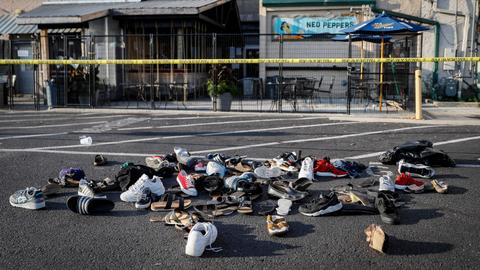 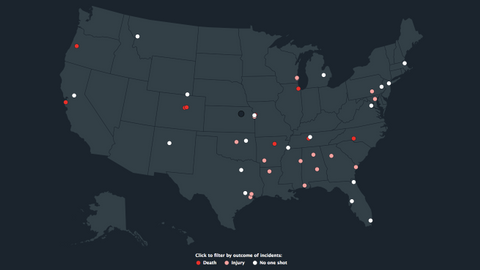