Türkiye unveils plan to include gold savings into economy

Turkish citizens can easily and safely deliver their physical gold to the financial system through jewellery stores and banks, the Turkish Finance Minister stated.

Türkiye has announced a new economic plan to encourage citizens to convert "under-the-mattress" gold savings into lira and safely bring them into the financial system.

The term refers to a long-held tradition in Türkiye of turning to gold to safeguard wealth and storing it at home.

Addressing the publicity meeting of the new scheme in Istanbul, Treasury and Finance Minister Nureddin Nebati said on Saturday that 10,000 jewellery stores would have joined the gold delivery points by the end of this year.

"As of March 1, we are starting the work that will involve more than 1,500 jewellery stores, at least one in 81 provinces" said Nebati on Saturday.

Laying out a new Turkish economy model and inflation measures, the minister said that citizens will be easily and safely deliver their physical gold to the financial system through jewellery stores and banks.

Citizens can easily retrieve their gold any time they request it, Nebati said also explaining that the new system will be protecting the value of the gold deposited in banks.

The Turkish government estimates that around 5,000 tons of gold savings at home worth $250-350 billion.

- It will come into effect starting from March 1st
- We are creating an expiation volume of $4.5B for investments
- Max 6 months non-refundable support will be given to investors pic.twitter.com/ZBM0XdJUx3

He said both companies and citizens would accelerate the return to the Turkish lira as of the beginning of 2022.

Erdogan on Saturday also announced the country is reducing VAT tax on all food products from 8 percent to 1 percent, in fight against inflation.

The president said he signed the relevant amendment, praising the country's economic model which will grow Türkiye's economy on pillars of production, employment, investments and exports. 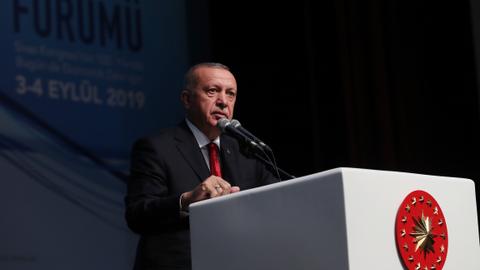 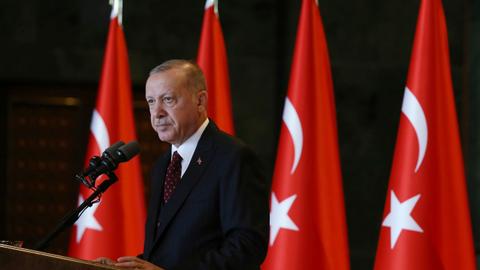