"The enemy ... wants to pit people against each other," says President Ebrahim Raisi, adding the nation has felt "grief and sorrow" over the woman's death in custody.

Iran's President Ebrahim Raisi has condemned the "chaos" sparked by a wave of women-led protests over the death of Mahsa Amini while in the custody of the Islamic republic's morality police.

"Those who took part in the riots must be dealt with decisively, this is the demand of the people," said Raisi in a televised interview on Wednesday.

"People's safety is the red line of the Islamic Republic of Iran and no one is allowed to break the law and cause chaos," he said.

"The enemy has targeted national unity and wants to pit people against each other," added the ultraconservative president, accusing Iran's archfoe the United States of stoking the unrest.

Amini, a 22-year-old Kurdish woman, died on September 16, three days after she had been arrested for allegedly breaching Iran's strict rules for women on wearing hijab headscarves and modest clothing.

Raisi said the nation had felt "grief and sorrow" over her death, and that forensics and judiciary experts would soon present a final report, but also warned that "protests are different to riots".

"Woman, Life, Freedom!" the protesters have chanted in Iran's biggest demonstrations in almost three years, in which women have defiantly burned their headscarves and cut off their hair.

Amini's bereaved parents have filed a complaint, demanding "a thorough investigation" and the release of "all videos and photographs" of her while in custody, said their lawyer Saleh Nikbakht.

An Iraq-based cousin of Amini charged that she died after a "violent blow to the head" and that one officer had vowed to "instill the rules in her and teach her how to wear the hijab and how to dress".

As the Iranian protests have flared for 12 nights in a row, Iran's police command vowed its forces would confront them "with all their might", in a crackdown that one rights group says has already killed at least 76 people.

Iran has blamed outside forces for the unrest, including Kurdish groups based in northern Iraq — across from Iran's Kurdistan province Amini hailed from, and where the protests first flared.

On Wednesday, Iran launched cross-border missile and drone strikes that killed 13 people in Iraq's Kurdistan region, after accusing Kurdish armed groups based there of fuelling the unrest.

The headquarters of the Komala Party, the Democratic Party of Iranian Kurdistan and the Kurdistan Freedom Party were hit with missiles and drones, Iranian state TV reported. 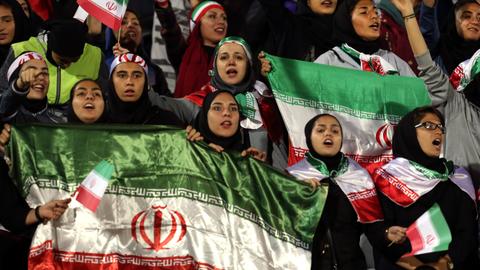 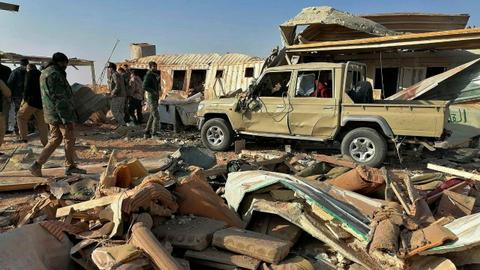 Analysis: Is Iran drawing the US into a proxy war in Iraq?