Foreign Minister Wang will meet his Indian counterpart S Jaishankar at the end of the week as part of his four-nation tour, which includes Nepal, Bhutan and Bangladesh.

Chinese foreign minister Wang Yi will fly to New Delhi to meet his Indian counterpart and other senior officials, an Indian government source has said.

Friday's visit will be the highest such trip by a Chinese official since deadly border disputes flared between the countries in 2020.

It was not immediately clear whether he would meet Indian Prime Minister Narendra Modi, said the source, declining to be named ahead of an official announcement by India's foreign ministry.

The ministry did not respond to requests for comment.

Even as foreign minister S Jaishankar and Wang met a number of times since 2020 in other countries, including in Russia and Tajikistan, bilateral ties have been lukewarm.

India has maintained that overall improvement in bilateral ties will depend on ending the border row along the Line of Actual Control (LAC) in the Himalayan region.

The border standoff between the two countries, which escalated in early May 2020, was triggered by India’s construction of roads and air strips in the Galwan river valley as it competes with China’s spreading Belt and Road initiative.

Media reports stated that tensions resulted in hand-to-hand combat between soldiers on both sides, which caused deaths and captives taken and then released.

Since the 1980s, there have been over 50 rounds of talks between the two countries related to the border issue.

The border is disputed at multiple locations, with both sides holding different versions of the official border territory.

READ MORE: Timeline: the Line of Actual Control between China and India 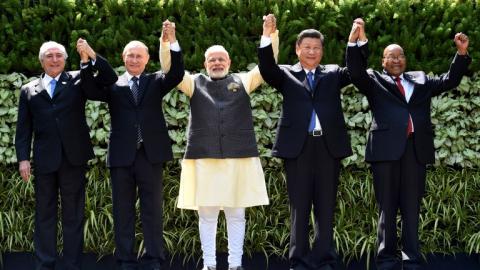