Over $1B pledged for Afghanistan at UN donor conference

The pledges come as fears rise that Afghanistan could further plunge toward famine and economic collapse after the chaos of the past month, which saw the Taliban oust the government in a lightning sweep as US and NATO forces exited the 20-year war.

UN Secretary General Antonio Guterres has said more than $1 billion in aid pledges for Afghanistan had so far been made during an event in Geneva, but it was "impossible" to know how much was specifically for a UN emergency appeal.

The United Nations is seeking $606 million to help millions of people in Afghanistan until the end of the year.

It is feared that Afghanistan could further plunge toward famine and economic collapse after the chaos of the past month, which saw the Taliban oust the government in a lightning sweep as US and NATO forces exited the 20-year war. The UN, along with its partners, is seeking $606 million for the rest of the year to help 11 million people.

“The people of Afghanistan need a lifeline,” UN Secretary General Antonio Guterres told the conference. “After decades of war, suffering and insecurity, they face perhaps their most perilous hour.

Frozen foreign exchanges and a paralysed state budget have stripped people of the money they need, just as food and fuel prices have risen.

As with many other UN-led donor conferences, some countries injected more funds, others highlighted commitments already made. German Foreign Minister Heiko Maas announced plans for Germany to pour 500 million euros ($590 million) into Afghanistan and its neighbouring countries, but specifics were not immediately provided. Denmark said it would give an extra $38 million, and Norway $11.5 million.

Guided by the principles of humanity, impartiality, neutrality, and operational independence, WFP is continuing to serve the people of #Afghanistan.

At this critical time, the international community needs to step up to avert a catastrophe. pic.twitter.com/xMRZrt9Sbh

At the same time, officials suggested aid in the future could be impacted by how the Taliban rules.

Linda Thomas-Greenfield, the US ambassador to the United Nations, said the US was “committed to providing humanitarian assistance” for and supporting Afghans, and would add $64 million in new assistance for UN and partner organisations. That brings the US total for Afghanistan to $330 million in this fiscal year, she said.

“We need oral and written commitments made by the Taliban about operating rights of humanitarian agencies and the treatment and rights of minority groups, women and girls to be upheld,” she said by video message.

“Words are not good enough. We must see action. The international community is unified in this message.”

Initially, after seizing power on August 15, the Taliban promised inclusiveness and a general amnesty for former opponents. But many Afghans remain deeply fearful, particularly because of early Taliban moves.

The UN human rights chief, Michelle Bachelet, warned of a “new and perilous phase” for Afghanistan as she upbraided the Taliban for a disconnect between their words and actions. 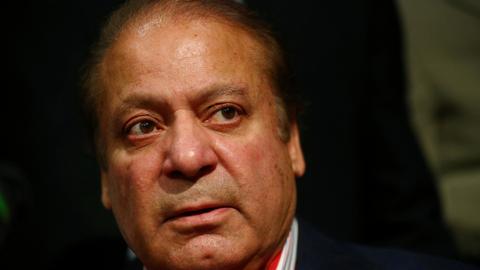