Masako Mori told reporters at a news conference the ministry has already acted to prevent a recurrence but declined to give details.

She was asked about reports that Ghosn had hidden in a box and that baggage checks at a regional airport might have been insufficient.

Ghosn skipped bail while awaiting trial on various financial misconduct allegations and later said from Lebanon that he did it to escape injustice.

Mori declined to say who might be held responsible for such a high-profile flight, stressing it was still under investigation.

She said Ghosn left illegally, denouncing it as an “unjustifiable" crime.

"Japan’s justice system allows investigating the facts while it ensures the individual basic human rights at the same time," Mori told reporters at the ministry.

“It is set with appropriate procedures and it is operated appropriately."

But she acknowledged the case was being looked at under an ongoing review of the nation's judicial system, including introducing electronic tethers to monitor those out on bail.

“We are aware of the criticisms,” Mori said, referring to human rights advocates' descriptions of Japan's legal system as “hostage justice.”

Ghosn and others say Japan's system takes too long and is inhumane. Ghosn was banned from meeting with his wife while out on bail. Preparing for his trial has taken about a year, and a date has not been set. Ghosn was detained, twice, for a total of 130 days before he was released on bail a second time.

Mori said each nation has its own judicial system and arrests are rarer in Japan than in other countries, suggesting arrests are made only when the authorities are fairly confident they have a case.

“Simple comparisons are misleading,” she said.

Takashi Takano, one of Ghosn's lawyers in Japan, said he felt sad and betrayed Ghosn didn't try to win a verdict of innocence in court, but also expressed an understanding how Ghosn might have lost hope with not only the prosecutors but the entire Japanese judicial system.

Lawyer Yuichi Kaido said he was troubled by what he saw as the growing negative public reaction of demanding bail be refused for foreign suspects, noting Japanese don't empathize with Ghosn's actions at all.

He said in an online statement he feared Japan wouldn't be able to bear the overwhelming international criticism of its legal system, which Ghosn will likely continue in Lebanon, and instead grow even more insular and rigid in its views.

Details of Ghosn's stunning escape last week are unclear. But Turkish airline company MNG Jet said two of its planes were used illegally, first flying him from Osaka, Japan, to Istanbul, and then on to Beirut, where he arrived last Monday and has not been seen since.

Lebanon has said he entered legally with a French passport.

Ghosn promised to talk to reporters on Wednesday. His lawyers in Japan said they knew nothing about the escape and felt betrayed by his action.

Once an auto industry superstar, Ghosn was first arrested in November 2018. While out on bail, he was living in a home in an upscale part of Tokyo under strict surveillance as part of the conditions for his release. That raises questions about how he left undetected.

Security cameras at his home operated 24 hours a day, but the footage only had to be submitted to the court on a monthly basis, according to lawyers' documents detailing Ghosn's bail conditions.

Ghosn had been charged with under-reporting his future compensation and breach of trust in diverting Nissan money for his personal gain. He insists he is innocent.

His bail has been revoked, and Interpol has issued a wanted notice. Japan does not have an extradition treaty with Lebanon, but Mori left open the possibility Japan could seek Ghosn's return.

But such a return so far appears unlikely, and Japan's options are limited.

Mori stressed that any retaliatory action, such as economic sanctions, must be decided on very carefully.

She also declined to say whether Japan contacted the U.S. or France for help, and how they might be working together.

“It is indeed possible to ask for extradition of criminals based on the principle of reciprocity," she said in reply to a reporter's question about Lebanon.

“But, upon doing that, we need to carefully study whether it is possible to guarantee this principle of reciprocity and their internal justice system.” 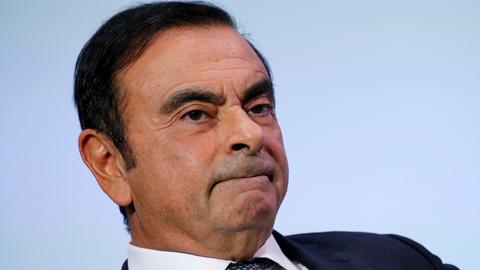 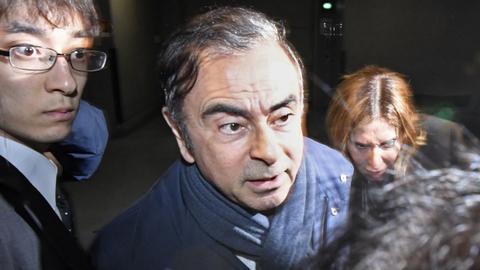 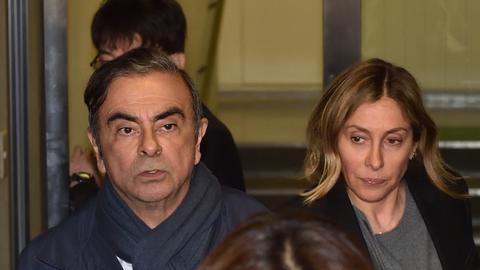 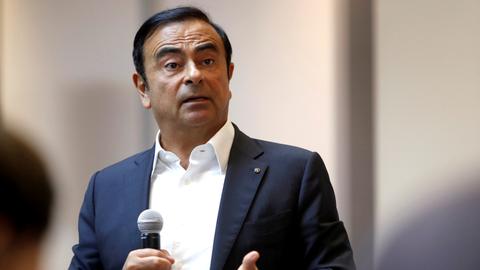