It could take weeks before residents can return to their homes following a landslide from a collapsing mountain that is believed to have been caused by melting permafrost.

Hope of finding alive eight people missing after a massive landslide in the Swiss Alps is fading, police said Friday, warning it could take weeks for those who fled to return home.

The landslide, which struck early Wednesday, sent a huge river of rocks and mud flooding down Piz Cengalo mountain into the outskirts of Bondo, a village near the Italian border.

The eight missing, who come from Germany, Austria and Switzerland, were hiking in the Val Bondasca region at the time.

Police said they had set off in separate groups.

A massive search and rescue operation is under way, involving some 120 emergency workers equipped with infrared cameras and mobile phone detectors, helicopters and rescue dogs.

According to Anna Giagometti, mayor of Bregaglia — a municipality that encompasses Bondo — paths in the area had been flagged as "dangerous" earlier this month because of falling rocks.

Speaking to the Blick daily, she said warning signs in several languages had been posted in the village.

Police and residents said mobile phone coverage in the area was spotty, voicing hope it could explain why those still missing had not been in touch.

But authorities acknowledged that the chances of a happy ending were dwindling fast.

President Doris Leuthard, who examined the site from the air on Thursday, said the probability that the hikers were dead "is increasing by the hour," Blick reported.

Dramatic footage showed an entire mountainside disintegrating, unleashing an unstoppable mass of thick mud and sludge that tore up trees and demolished at least one building in its path.

Police said 12 farm buildings, including barns and stables, had been destroyed, while the Graubunden canton's main southern highway was closed to traffic.

"It was terrible," Elisa Nunzi told Blick after witnessing the landslide from her home in a higher-altitude village.

The 27-year-old said she heard a deafening bang that sent rocks pouring down the mountain. "There were so many. It did not stop."

"At breakfast time, my customers and I saw rocks come lose from the mountainside and slide towards Bondo, in a huge cloud of smoke," he told AFP.

The event was so severe that the vibrations set off seismometers across Switzerland, measuring the equivalent of a 3.0 magnitude earthquake, according to the Swiss Seismological Service.

Experts hinted that climate change could be partially to blame for the disaster, with melting permafrost and an adjacent glacier likely destabilising the landmass.

An alert system put in place after a previous large landslide in the area in late 2011 allowed the authorities to quickly sound the alarm and evacuate around 100 people from Bondo and two Alpine cabins, amid fears of fresh landslides.

Some Bondo residents will be permitted to return home as early as Friday afternoon, Giacometti told reporters, adding though that others should expect to wait days and even weeks before it was deemed safe to go back.

Simona Rauch, a Protestant minister at a church in Val Bregaglia, said that residents did not expect to be gone so long.

"People left immediately, leaving everything behind. They didn't bring anything because they thought they would be returning quickly," she said.

"No one expected this kind of catastrophe." 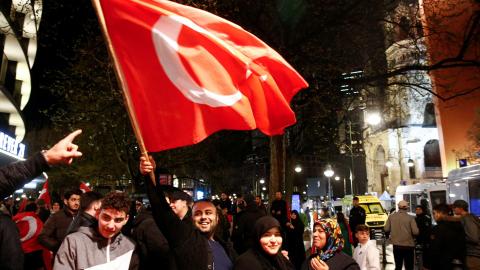 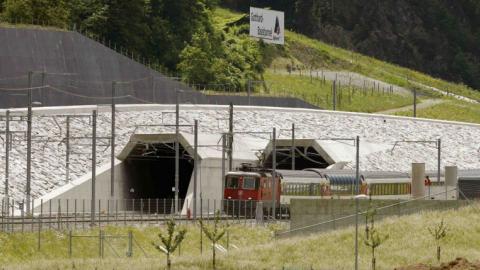