Officials, nurses and relatives say there has been a spike in deaths of untested patients in northern areas who don't figure in official statistics because they died at home or in a nursing home and weren't swabbed.

As the official death toll from Italy's coronavirus outbreak passes 2,500, a silent surge in fatalities in nursing homes, where dozens of patients a day are dying untested for the virus, suggests the real total may be higher.

Official data show that nearly 30,000 people have been confirmed as positive for the coronavirus in Italy, the highest number outside China where the virus first emerged.

But strict testing rules mean only patients hospitalised with severe symptoms are normally being swab tested.

While no detailed data is available, officials, nurses and relatives say there has been a spike in nursing home deaths in the worst affected regions of northern Italy since the virus emerged, and they are not showing up in coronavirus statistics.

"There are significant numbers of people who have died but whose death hasn't been attributed to the coronavirus because they died at home or in a nursing home and so they weren't swabbed," said Giorgio Gori, mayor of the town of Bergamo.

Gori said there had been 164 deaths in his town in the first two weeks of March this year, of which 31 were attributed to the coronavirus. That compares with 56 deaths over the same period last year.

Even adding the 31 coronavirus deaths to that total would leave 77 additional deaths, an increase that suggests the virus may have caused significantly more deaths than officially recorded.

Emilio Tanzi, director of Cremona Solidale, a 460-bed residence in the northern town of Cremona, said nursing homes were on the front lines of a crisis that predominantly affected the elderly, who nevertheless have not had adequate support.

He said there had been a significant and "anomalous" increase in deaths since about March 2, when the spread of the epidemic began to gather pace in Italy.

But there was no way of knowing for sure whether they were due to Covid-19, the disease associated with the coronavirus, he added.

Tanzi declined to give full numbers, but said on just one day last week there had been 18 deaths at his facility of patients with respiratory difficulties – symptoms associated with the coronavirus.

"We don't know if there have been coronavirus deaths because the swabs haven't been done," he said. "We've certainly seen high fevers and breathing difficulties."

"If we'd been in a position to know, we could have isolated these patients properly and avoided the epidemic."

Immediately after the virus emerged in northern Italy on February 21, care homes cut off access to visitors to limit the contagion risk to elderly patients most vulnerable to the disease.

Walter Montini, president of ARSAC, the association grouping 30 old people's homes in Cremona province, said that at one small care home with 36 beds, there were seven deaths in a day.

"There has obviously been an increase in deaths. You just have to look at the local daily (newspaper) in Cremona. Normally there's a page of death notices. Today there were five."

He launched an appeal for more masks for staff on March 2 but, given the shortages, hospitals were judged to have a greater need. He said staff needed to be tested but that was not happening.

Local health authorities say they have received government directions on testing and treatment which say that hospitalisation is only indicated for patients with "significant respiratory symptoms."

They say that so-called Residenze Sanitarie Assistenziali, or extended care residences, have qualified medical staff on hand able to take care of patients.

One nurse in an extended care facility in a small town in the area of Cremona believes the homes "have been abandoned."

In her section, out of 40 people, 38 were in bed with high fevers, while care staff were forced to work without proper protective clothing. But with local hospitals already close to being overwhelmed by the thousands of new cases reported every day, transfers were proving impossible to organize.

"Whoever gets sick is looked after here, by the doctors in the facility," she said. "We try to send cases with respiratory complications to hospital but out of 40 sick people in my facility, we've only managed to send two to hospital."

A spokesman for the regional health authority in Lombardy said he could not comment but was seeking details. No comment was immediately available from the government in Rome.

In the absence of detailed data and testing, it is impossible to know exactly how many deaths in elderly care homes may be due to COVID-19 or to other causes like seasonal influenza or pneumonia.

But conditions in nursing homes differ from isolated intensive care wards where the most serious cases are treated in hospitals.

A Seattle-area nursing home became the deadliest US coronavirus outbreak to date, while in Spain, Madrid prosecutors are probing 17 coronavirus-related deaths at a nursing home after a patients' group complained.

Roberto Dusi, a local official for the CISL union who represents care home workers in Cremona, said it was in any case impossible to treat elderly people with conditions like Alzheimer's Disease in the same way as other patients.

"When you wash someone with Alzheimer's, they seek contact, they might caress your head because they mistake you for their daughter or their son," he said.

"Staff have to try to comfort these people who can't understand why they're shut in. They have to comfort them when they ask, 'why isn't my daughter coming to see me? Why isn't anyone coming?'"

For families, the pain is made worse by the fact that they have been unable to see or help their relatives since visitors were excluded.

Two years ago, Chiara Zini's family decided to place her 81-year-old aunt, who was suffering from a mild form of Alzheimer's Disease in "Cremona Solidale".

"Every day she had lunch with her husband, my uncle who came to see her," she said. "Every day she saw me or her brother or my children."

Once the shutdown came, visits were impossible but at least there were daily telephone calls.

"Then there wasn't even that because people began to get sick with what was called influenza and the nurses were too busy looking after patients and couldn't take calls from the families," she said.

In early March, some two weeks after the shutdown, the home called Zini's family to say her aunt had fallen ill with influenza. Last week, they were told she had died of respiratory problems.

With the health system pushed to its limits and funeral services overwhelmed by the hundreds of dead every day, there is no capacity to conduct autopsies or test bodies for coronavirus.

The bodies are wrapped in special protective plastic bags and buried or cremated with no more than a quick blessing from a priest. Any family commemoration will have to wait until a ban on public gatherings is lifted.

"They have lived their life and they're leaving like that, without the ones they loved around them, without a real funeral," said Zini. 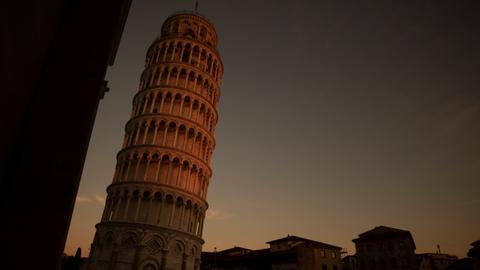