Mosque in Finland attacked with smoke bomb, no casualties reported

Abdul Mannan, the Oulu mosque's imam, said that the mosque had been targeted nine times since September 2017.

A mosque in northern Finland was attacked by a smoke bomb on Tuesday, according to Finnish police.

The attacker threw a smoke bomb through the mosque's window, shattering it, in the city of Oulu early Tuesday, said a statement by the Oulu Police Department.

The statement also said there were no casualties but material damage.

STATEMENT: Hate crime and vandalism against the Oulu mosque must end https://t.co/iYNfso0iug pic.twitter.com/lKU3dANTVH

According to video footage, the assailant was wearing a dark-coloured jacket and a white hat, the statement added.

Abdul Mannan, the mosque's imam, said that the attack against the mosque is the ninth since September 2017.

Anti-Hate Crime Organisation Finland (No Hate Finland), an NGO fighting against discrimination in the country condemned the attack.

Oulu is home to some 3,000 Muslims, and the mosque is used by about 1,000 people, according to local press reports. 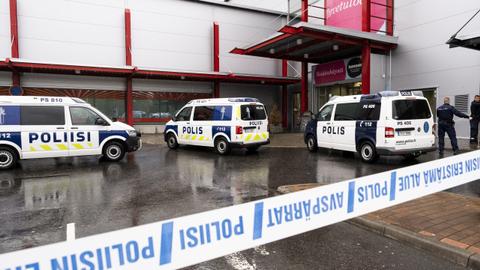