Today, relatives of the victims commemorate the carnage in which Bosnian Serb forces systematically killed thousands of young and adult Muslim men because of their faith, seen as the worst crime in Europe since World War Two.

Bosnian Serb forces massacred about 8,000 Muslims boys and men in Srebrenica, a town in eastern Bosnia and Herzegovina, in the country's worst carnage in 1995 and the only crime in Europe since World War II that has been declared a genocide.

Today, the victims' relatives marked 25 years of the atrocity, which also led to the expulsion of more than 20,000 civilians in what is largely seen as a process of ethnic cleansing.

"It's not easy to live here next to those who 25 years on, deny that a genocide was committed," says Hamdija Fejzic, Srebrenica's Muslim deputy mayor.

Bosnian Serb forces killed more than 8,000 Muslim men and boys in a few days after capturing the ill-fated town on July 11, 1995.

The episode – labelled as genocide by two international courts – came at the end of a 1992-1995 war between Bosnia's Croats, Muslims and Serbs that claimed some 100,000 lives.

Bosnian Serb wartime military chief general Ratko Mladic, still revered as a hero by many Serbs, was sentenced to life in prison by a UN court in 2017 over war crimes, including the Srebrenica genocide. He is awaiting the decision on his appeal.

In the run-up to the anniversary, Serbian President Aleksandar Vucic described Srebrenica as "something that we should not and cannot be proud of", but he has never publicly uttered the word "genocide".

In July 2017, he said it was a "horrible crime" but added that "between 80 and 90 percent of Serbs do not think that a major crime was committed".

So far, the remains of nearly 6,900 victims have been found and identified in more than 80 mass graves.

Most were buried at the memorial cemetery in Potocari, a village just outside Srebrenica.

On Saturday, the remains of nine victims identified over the past year will be laid to rest by their families.

Deputy mayor Fejzic said denial of the genocide was like the "last phase" of the atrocity itself, saying: "we are facing that every day."

Some victims finally laid to rest

Bahrudin Salihovic always knew his father had perished 25 years ago in the storm of violence unleashed after Serb forces overrun Srebrenica. He himself barely survived.

But over the years, he has been waiting for his father’s remains to be found in one of dozens of mass graves scattered around his hometown.

On Friday, Salihovic finally huddled over a coffin holding a few of his father’s bones, unearthed from a death pit found near Srebrenica last November and identified through DNA testing.

“His remains are incomplete, but mother and I decided to bury the part of him that was found, to know where his grave is, to know where to go to pray for him,” Salihovic said.

“I know that many people will never be found,” he added.

On Saturday, the anniversary of the day the killing began in 1995, Salihovic will finally lay his father to rest in a memorial cemetery at Potocari, just outside Srebrenica, next to 6,610 previously identified victims.

Draped in green covers, his father’s coffin, and the coffins of eight other victims, were moved to the memorial centre several days ago to give the surviving relatives some time to say their final goodbyes.

Bahrudin cried and prayed over the coffin, but his mother did not muster the strength to join him.

“It means a lot to have at least a few of his bones because for all these years ... we did not know where he is,” Hajrija Salihovic said. But she said it will not stop her from imagining his last moments on this earth: “His bones do not tell the story of how he met his death, did he suffer.”

What took place in Srebrenica was a mark of shame for the international community because the town had been declared a UN “safe haven” for civilians in 1993.

Bahrudin Salihovic, then 25 years old, fled through the woods, reaching safety after several days of wandering through the countryside. He was hungry, thirsty, and terrified by the constant echo of Serb machine guns executing others who had been caught.

The killers sought to hide evidence of the genocide, piling most of the bodies into hastily made mass graves, which they subsequently dug up with bulldozers.

Turkey to always stand by Bosnia in search for justice

"We will always stand by our Bosnian brothers in their search for justice. The Srebrenica Genocide will never be forgotten," Recep Tayyip Erdogan said in a video message.

Erdogan spoke via video link at the memorial ceremony for the 25th anniversary of the Srebrenica Genocide held at the former accumulator factory used by the United Nations troops as a base in the war in Bosnia.

Erdogan stressed that despite all tragedy and tears, European politicians have learned no lessons from the genocide, adding that free use of words that “fuel enmity towards Islam and support xenophobia is source of concern for our future.”

"Even though it has been a quarter of a century since the genocide, our pain is still fresh. Our hearts wrenched with every mass grave unearthed," he said.

For European Union enlargement commissioner Oliver Varhelyi the Srebrenica genocide was "still an open wound at the heart of Europe".

"This part of European history must be upheld against any attempt at denial and revisionism," he said this week.

Meanwhile, Mladic and Bosnian Serb wartime political leader Radovan Karadzic, who was also sentenced to life in prison in The Hague, remain heroes for many Serbs.

A university campus in Pale, Bosnian Serb wartime stronghold near Sarajevo, was named after Karadzic in 2016, and the plaque with his name at the entrance was unveiled by Dodik.

"Despite forensic evidence ... and judgments by international courts, the denial of the Srebrenica genocide intensified," he said.

Denial of genocide, he said, means a lack of accountability and will always lead to more atrocities.

READ MORE: In pictures: 25 years since Europe's only post-WWII genocide

'Why Aren't You Here'

In order to avoid large crowds on Saturday, organisers have invited people to visit the memorial centre over the whole month of July.

A number of different exhibitions are on display, including paintings by Bosnian artist Safet Zec.

Another installation, entitled "Why Aren't You Here?" by US-Bosnian artist Aida Sehovic, comprises more than 8,000 cups of coffee spread out on the cemetery's lawn.

"We still haven't answered the question why they are no longer here," she said.

"How could this have happened in the heart of Europe, that people were killed in such a terrible way in a UN protected area? Not to mention the fact that the genocide is still being denied." 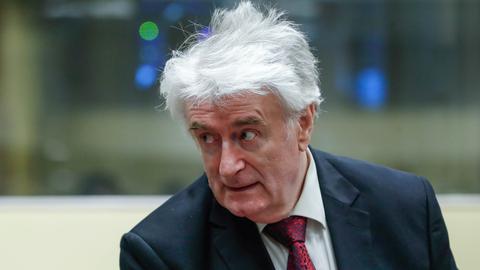 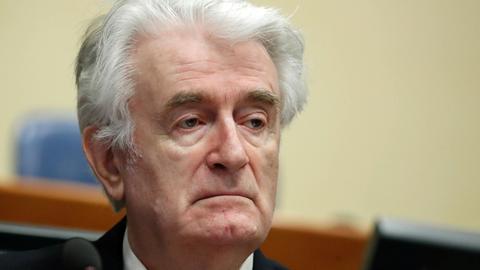