Ahmad Gurey was instrumental in bringing three-quarters of Ethiopia under the control of the majority-Muslim Adal Empire between 1529-43.

Although Islam had arrived in Ethiopia in the 7th Century, influencing its nomadic tribes across the Red Sea and slowly spreading inland across the eastern and southern parts of present-day Ethiopia, Gurey's contribution to the region was unparalled when it came to resisting Portuguese invasions.

Between the 14th and 15th centuries, as Islam gained popularity in the African continent, where slavery was normalised by several powers, many Muslim rulers emerged as a decisive force, questioning the old power structures. The Christian monarchy of Ethiopia faced resistance from many Muslim rulers who jostled for control of trade routes connecting the Red Sea. Gurey went down in history as a fierce leader who put up a strong fight against an old Ethiopian monarchy and its main backer, the Portugese Empire.

While Cristovao came to support Lebna Dengel, the Emperor of Ethiopia, the Ottoman Empire threw its weight behind Gurey.

Besides being a skilled military leader, Guray was an Imam who headed the Adal region as a general. His real name was Ahmad ibn Ibrahim al Ghazi. Gurey was his nickname, which in Somali language means ‘the left-handed one’.

Gurey was born in Zeila, a port city in northwestern Somalia which then became a part of Adal, a Muslim state that was part of the Ethiopian Solomonic dynasty. He married Bati del Wambara, the daughter of Mahfuz, who was the governor of Adal.

Mahfuz was killed on his return from a military campaign against Emperor Dengel in 1517, pushing the Adal sultanate toward chaos and fragmentation in the following years.

Over a decade later, Gurey established order in the region by invading Ethiopia in 1529. He inspired courage in his troops as he was a highly disciplined military general with a thorough understanding of Ottoman military tactics. His army had a significant number of Turkish soldiers.

But the war continued until 1543 because the Portuguese Empire sent its troops to the Massawa port in February 1541 when Emperor Gelawdewos had taken the throne following Dengel's killing.

The Portuguese troops were led by Da Gama, who met Gurey face to face in April 1542 at Jarte. The meeting did not bring any truce as Da Gama organised his troops and marched against Gurey’s army.

He was successful in dealing with Gurey's cannon fire, even wounding Gurey in the leg with a chance shot.

Da Gama was quick to move against his camp, hoping to deal a final blow to the injured general. In the spring of 1543, he attacked Gurey's base camp, using enormous firepower, which traumatised Gurey’s cavalries. Many of Gurey's soldiers fled the battlefield in fear.

Da Gama received reinforcements from Eshaq, the ruler of Mdre Bahri - Eritrea in present-day - and he chased down Gurey’s troops. Because of the rainy weather, he couldn’t engage with Gurey for a third time. He stayed near Ashenge Lake and camped at Wofla still within sight of his opponent.

Aware of his losses, Gurey received 2,000 additional musketeers from Arabia. The Ottoman Empire provided him with long-range artillery support and sent at least 900 well trained men to boost his ranks.

Now Da Gama was at a disadvantage with only 300 musketeers left. Many of his troopers with firearms couldn't survive the initial clashes. As the rainy weather ended, Gurey launched a lethal counterattack on the Portuguese camp, destroying most of Da Gama’s troops. Even Da Gama was wounded and killed during the clash.

On February 21, 1543, the remaining Portugese soldiers, along with Emperor Gelawdewos, returned with a surprise attack in which Gurey was shot dead by a Portuguese musketeer.

Gurey’s wife Wambara managed to escape the battlefield with some surviving units of soldiers, including Turks. She went back to Harar where she cultivated local support and then married Nur ibn Mujahid, Gurey's successor, on the condition that he would avenge her husband's death.

Between 1554-1555, Nur ibn Mujahid embarked on a war in eastern Ethiopia. By 1559, he had invaded Fatagar and killed Emperor Galawdewos in a fierce battle. 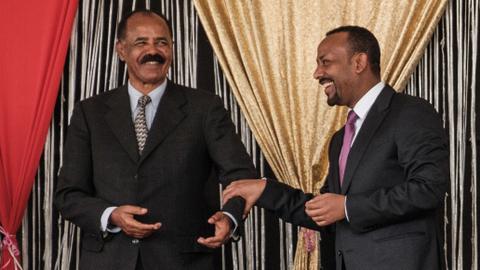