Ibn Rushd: A key conduit between Dark Ages and Enlightenment of Europe

It's easy to think about the history of philosophy in European terms but with a closer look there are countless Muslim thinkers who developed many ideas central to modern scientific reason. Ibn Rushd was one of them.

Known as the Prince of Science, Ibn Rushd was a Renaissance man 300 years before the birth of the European Renaissance.

His work in the fields of philosophy, Islamic law and jurisprudence, medicine, astronomy, mathematics, physics and geography was distinct and intellectually sharp. That's why the Muslim polymath is considered to be one of the greatest Islamic philosophers within the Peripatetic tradition — a scientific culture of teaching and learning derived from the works of Greek Philosohper Aristotle.

While today's world tends to completely sideline the role of Muslim thinkers in advancing the knowledge of science, Ibn Rushd, who was the chief interpreter of Aristotle's works, had a great influence across both the Jewish and Christian worlds and his contribution to philosophy helped in shaping the European Renaissance and Enlightenment.

Famous 15th-century Italian painter Raphael's School of Athens painting depicts Aristotle, Plato and other great Greek philosophers of that time, and amongst those fine minds Ibn Rushd's image is drawn as well.

In his book ‘The Incoherence of the Incoherence’, Ibn Rushd defended Aristotle and laid a strong emphasis on the importance of natural laws against those who argued that God causes every event in nature. Ibn Rushd maintained that we could also perceive natural laws as the agents that dictate events in the world around us. For instance, if paper burns when touched by fire, it is not because God willed it but because natural law dictates that fire burns paper. Ibn Rushd argued that one must understand the natural law to understand the universe. Contrary to the views of atheists, Ibn Rushd acknowledged God created the natural laws while maintaining that God alone cannot be held responsible for what's happening around us.

Ibn Rushd defended the freedom of rational investigation and sought to reconcile philosophy and religion, opening the way to bring scientific knowledge into Islamic governance — a thought that centuries later became one of the cornerstones of the Arab Renaissance in the 19th Century as well as the groundbreaking Arab Spring in the 21st Century.

Talking about his habits, Ibn Rushd said he never missed a day writing or reading except the days he lost his father and he got married. His writings exceed 20,000 pages.

According to legendary German physician and medical historian Max Meyerhof, there was a "philosophical bias predominated among medical men" and yet Ibn Rushd, whose education was diverse and spread across different fields, stood out as one of the greatest scientific minds.

Ibn Rushd was mainly interested in anatomy and he explained the reason saying that the practice of dissection strengthens the faith. It was also because of his view of the human body as ‘the remarkable handiwork of Allah (God) in his creation’.

On the other hand, in Neurology and Neuroscience, he suggested the existence of Parkinson’s disease by attributing photoreceptor properties to the retina. The findings and views of Ibn Rushd on retinal sensitivity and ocular functions are addressed in various publications.

Ibn Rushd’s work on stroke complemented the work of Al-Razi and Ibn Sina in replacing the fairly simple model handed down by Galenists of the Byzantine period by more detailed classifications, which proposed “cerebral” as well as “vascular” origins of the disease without suggesting a “cerebrovascular” etiology.

He was also the one who identified issues based on sexual and erectile dysfunction in urology and was able to prescribe medication for the treatment as a first physician. Ibn Rushd used various methods to cure this issue, including the single drug method where a tested one is prescribed. Additionally, he examined the nature and quality of theriac as an antidote of venoms and poisons besides a treatment of diseases.

Amongst his works, the ones which were dealing with philosophy, medicine, logic and jurisprudence remained most famouses. Despite the religious, philosophical and legal works of Ibn Rushd having been studied more thoroughly than his medical books, he owned 20 books on medicine which were including groundbreaking information in it.

One of the landmark contributions of Ibn Rushd to medicine was his book ‘Al- Kulliyat fi Al-Tibb’ (‘Colliget’ or ‘Generalities on Medicine’), which was written between 1153 - 1169

and was translated to Latin, Hebrew 90 years later and taught in Europe until the 18th Century.

In addition to that work, his al-Kulliyyat and Ibn Zuhr’s al-Taisir were meant to constitute a comprehensive medical textbook.

Born in 1126 in Cordoba (once the capital of Moorish Spain), his full name was Abu al Walid Muhammad ibn Ahmad ibn Rushd. He is known as Averroes in the West.

He was a member of a distinguished family and both his father and grandfather were judges in Cordoba which allowed him to excel in Koranic studies and theology, thanks to a long and well-respected tradition of legal and public service of his ancestors.

It is believed that Ibn Rushd’s grandfather was the author of a famous treatise in Maliki jurisprudence, the kitab al Mugad Dimat al Mumahhidat.

Ibn Tudail (Abubacer) , the philosophic vizier of Almohad Caliph was the one who introduced Ibn Rushd to the court. In 1169, he was appointed as a judge in Seville. Then, he was transferred to Cordoba in 1171 where he remained as a judge for 10 years.

This period of time allowed Ibn Rushd to write commentaries and interpretations on the works of Aristotle, among others on Metaphysics, and on Plato’s Politeia. In 1182, he was called to Marrakech to work as a personal physician for the Caliph.

Following fierce opposition of theologians against his writings, the Caliph turned against him and Ibn Rushd was accused of heresy, interrogated and banned to Lucena, close to Cordoba.

In the meantime, the Caliph ordered the burning of the books of Ibn Rushd except his works on medicine, arithmetic and elementary astronomy. After a while, the caliph revoked the banishment and called him back.

Ibn Rushd died in Marrakesh in 1198 where he was buried. Three months later, his body was moved to Cordoba, his birthplace. His works remained an important influence on future great thinkers and creative minds.

An artist's response to unfair representations of the Muslim veil 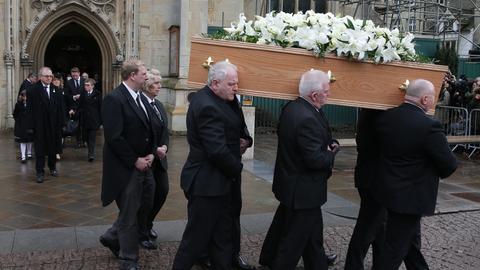 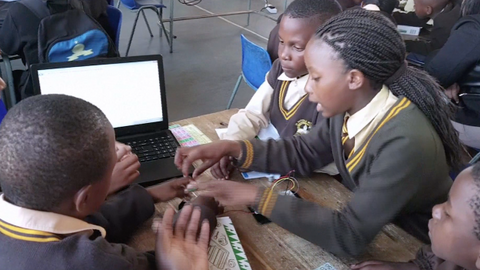