1
In pictures: What Kashmir is like a year after having its autonomy stripped
2
One year on: How Kashmiris' worst fears have come true
3
Trump administration approves the “stealing” of Syria’s oil
4
The significance of opening a temple at the site of the Babri Masjid
5
An elderly couple running a laundromat give new life to old clothes

Health workers of immigrant background are helping to prop up systems in developed countries, as governments struggle to cope with the number of those sick with the Covid-19 virus.

The coronavirus pandemic is pushing healthcare systems across the world to the brink, leaving many countries unable to keep up with the need to supply their healthcare workers with necessary protective measures and hospitals with the equipment needed to treat victims of the virus.

A dearth in ventilators, for example, risks causing tens of thousands of excess deaths, as the Covid-19 virus primarily attacks the respiratory system.

But another shortage evident is in the number of trained health workers available - a factor that could just as easily contribute to higher death tolls.

As governments recall retired health workers to plug the shortfalls, one aspect that is becoming increasingly clear is the extent to which the healthcare systems are reliant on those of immigrant backgrounds.

Despite its tough-on-immigration campaign platform, the UK’s Conservative government has automatically extended visas for health and emergency workers whose residency status was due to expire in October.

The US State Department has been heavily criticised for seemingly offering to expedite applications for immigrant visa hopefuls who have backgrounds in healthcare.

A sober fact to highlight the role immigrants already play in the healthcare systems of Western nations, the first three doctors to die due to the coronavirus were all of immigrant backgrounds.

Adil el Tayar, Amged el Hawrani, and Habib Zaidi succumbed to the virus last week, as the UK grapples with an explosion in case numbers.

Given the rise in anti-immigrant and anti-Muslim rhetoric in the UK many have pointed out that those of migrant backgrounds play a crucial role in keeping the country going during times of national emergencies.

On Twitter one user wrote: “Important to note their immigrant backgrounds during these increasingly xenophobic and racist times. These were true heros.”

More than 1.1m people in the UK are employed by the British National Health Service, and of those around 11 percent are non-nationals. That figure excludes those who are of migrant backgrounds but are British citizens. When it comes to doctors, that percentage rises to 26 percent.

While propping up the healthcare system of western states on the one hand, immigrants are also less likely to be the beneficiaries of such services.

As the pandemic worsens over the coming weeks, the consequent strains on the healthcare systems of western states are likely to further expose lack of medical resources, including qualified staff.

On Tuesday, US President Donald Trump touted a death toll of 100,000 people as a success under the circumstances, while in the UK, keeping the death toll at under 20,000 is being touted as a symbol of success.

Expedited immigration of healthcare professionals is one way of ensuring needs are met, but doing so deprives developing nations of the qualified personnel they need to tackle their own outbreaks of the Covid-19 virus.

For many, the situation highlights how immigrants are an easy target during elections but are crucially relied upon during times of crisis.

Trump to deport millions of illegal migrants from US 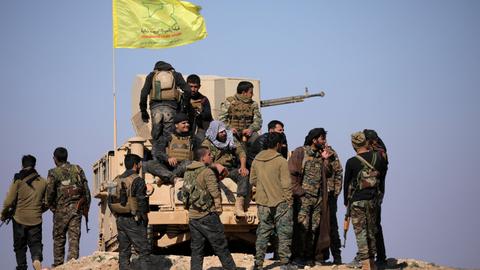 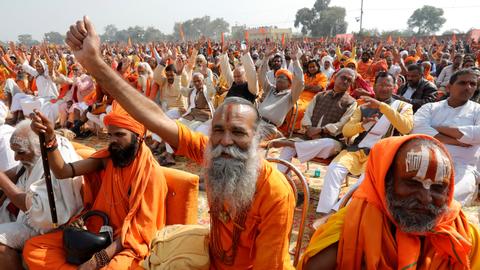 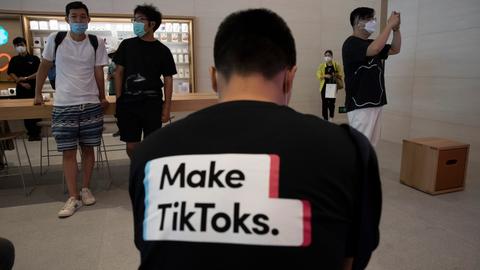 What are the implications of a US-TikTok standoff? 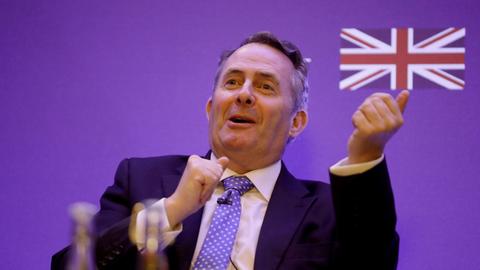 Who is Liam Fox, the UK’s nominee for head of the WTO?

1
In pictures: What Kashmir is like a year after having its autonomy stripped
2
One year on: How Kashmiris' worst fears have come true
3
Trump administration approves the “stealing” of Syria’s oil
4
The significance of opening a temple at the site of the Babri Masjid
5
An elderly couple running a laundromat give new life to old clothes