In a recent study, The Maritime Policy & Strategy Research Center of Israel’s Haifa University concluded that the Turkish Navy is now the strongest maritime force in the region.

According to Colonel Shlomo Guetta, one of the report’s authors, Ankara is building a Navy that characterises a regional power and can conduct long-range operations.

It also goes on to suggest that Turkey’s growing naval power should be considered as a growing concern in Israel as Ankara is upgrading its submarine fleet with six advanced subs that will be completed in the coming years.

Around 12-14 modern submarines are expected to be fielded by Turkey and the report also claims that the development gives Ankara an overwhelming advantage against Israel.

The Turkish construction of multipurpose frigates and corvettes, which are being armed by Atmaca missiles and were tested by the country last February successfully, was also mentioned.

Atmaca is touted as a high-precision, long-range, surface-to-surface, precision strike anti-ship missile that can be integrated with patrol boats, frigates and corvettes. Turkish Naval Forces’ inventory currently has the US-made Harpoon anti-ship missiles which are expected to be replaced by the Atmaca missiles that boast additional superior features.

The Turkish missile has a range of more than 200 kilometres (124 miles), posing a threat to targets far outside visual range. It also provides a target update, reattack, and mission abort capability via modern data link. The development of the anti-ship missile began in 2009 and a deal for mass production was signed in 2018.

Israeli Colonel Shlomo Guetta in the report also highlighted the Turkish Navy’s strike force and intervention capacity. A flagship project is the construction of Anadolu, an amphibious assault ship that can serve as a light aircraft carrier.

“In addition, Turkey produces its own weapons and military gear, including cruise missiles with a range of hundreds of kilometers. Overall, Ankara has been shifting to self-production of naval assets and relies on German expertise to build submarines and other vessels,” the report said.

“In recent years, Turkey held huge naval exercises with over 100 ships and dozens of airplanes,” it added.

According to the report, by now, the Turkish Navy should certainly be considered a green-water Navy that can operate far beyond the country’s shores.

The study concluded that Turkey’s current naval power is mainly a threat to its traditional rivals for now, but Israel should seriously consider its threat potential.

Drawing attention to the fact that Israel is dependent on sea exports, the author said that Tel Aviv must not ignore Turkey’s impressive naval arsenal. 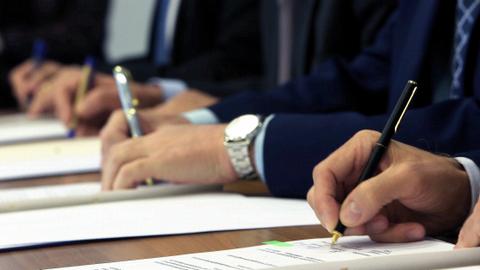 In a first, Israel enters Arab regional grouping for oil and gas business