King of Belgium 'regrets' crimes against Congolese. But is that enough?

Letter sent by Belgium’s King to the President of the DRC sparks debate as many see it as an insincere acknowledgement of his ancestor's crimes.

King Philippe of Belgium sent a letter on Tuesday to the President of the Democratic Republic of the Congo, expressing his "deepest regret" over the atrocities committed by his ancestor Leopold II during the height of Belgium's colonial rule over the African country.

Although the letter was a watershed moment for DRC, which celebrated the 60th anniversary of its independence day on June 30, it fell short of a formal apology.

Founder of rights group, Save the Congo, Tampa questioned King Philippe’s regret for what has been estimated as ten million deaths of Congolese people by Leopold II's forces, saying "Belgium owes Congo reparations.”

In his letter, the monarch wrote: “I would like to express my deepest regrets for these wounds of the past, the pain of which is now revived by the discrimination still too present in our societies”.

“I will continue to fight all forms of racism. I encourage the reflection that has been initiated by our parliament so that our memory is definitively pacified”.

The statue of the infamous King Leopold II was removed by protesters from a public square in the city of Antwerp earlier this month amid growing worldwide protests against the West’s racist colonial past. This shift was triggered by the killing of a black man, George Floyd, by a white policeman in the US.

A statue of Belgium's King Leopold II was graffitied near the royal palace by anti-racism protesters who want it removed.

2 others have been painted and/or set on fire. Leopold ran an exploitative colonial regime in Congo that killed millions through repression and forced labor. pic.twitter.com/8Lcnx3gSBl

King Philippe's letter drew reaction from Congolese and African people, with many activists pointing out that the King did not offer a full apology or any kind of reparation for the murder of 10 million people in ‘Congo Free State’, now the Democratic Republic of Congo. The use of slave labour in order to develop vast rubber reserves, as well as maiming and torture, cost between 10 and 15 million lives.

Belgium's King Philippe sends letter to DRC President Tshisekedi expressing "regret" but no apology for King Leopold's Congo genocide: "We must be able to talk about our long common history in truth and serenity." Serenity? 10million were slaughtered. Some emotion is justified. pic.twitter.com/AHbEIQql4l

Belgium’s King Philippe expresses deep regret on the “suffering and humiliation” inflicted on the Democratic Republic of the Congo (DRC) during its 75-year period under brutal Belgian rule. We still aren’t hearing the “R” word, maybe soon. https://t.co/f8Z7zhoChB

Another Congolese activist, Maurice Carney, who heads a nonprofit named Friends of the Congo, told TRT World that King Philippe's is not the first acknowledgement of crimes against humanity committed against the Congolese people during Leopold II's reign.

"In 2002, Belgium apologized for its role in the assassination of Congo's first democratically elected Prime Minister, Patrice Lumumba whose birthday we will celebrate on July 2nd," said Carney.

"Unfortunately, the tearing down of statues and apologies do not repair the damage of hundreds of years of exploitation and predation. Nor does an apology dismantle the current predatory system that has 8 out of 10 Congolese living on $2 a day in a country that houses trillions of dollars of natural wealth.

"If the apology came along with a reparation package commensurate with the wealth that Belgium has accumulated at the expense of the Congolese masses and a commitment and actual action on dismantling the exploitative neo-colonial, capitalist system that continues to consign Congolese to a bestial existence, then that would be worth of celebration."

The desire of King Leopold II to benefit from the Congo started with the Africa-based English researcher Henry Stanley. He was sent to Congo in 1879 on behalf of Leopold II to meet with native chiefs, forcing them to sign a deal with the king.

This ‘deal’ allowed Belgium to acquire the title deeds to Congo’s lands. During the Berlin Conference of 1884-1885, Belgium’s efforts were formalised. The country’s hegemony was recognised officially and an independent state was established. Eventually, Leopold II converted Congo into his own private fiefdom - the Congo Free State.

King Leopold II forced the Congolese to work under particularly abusive conditions. He cut the hands and feet of people who resisted him, and even the children and wives of the men who couldn’t meet their ‘quotas’ met the same fate.

Some tried to resist Belgium’s actions but to no avail. Belgium found a brutal solution to quell unrest and Congolese soldiers were obliged to prove that they were not wasting costly ammunition by providing one cut hand of any native rebel they killed.

The brutal crimes of Belgium, which more or less started in 1885, were first revealed by the journalist Edmund Dene Morel at the beginning of the 20th Century. Morel made a huge effort to spread the word about what was happening in Belgium’s colony. He revealed photos of forced labour, murders, child soldiers, handless people, torture and genocide in the Congo Free State.

Eventually, in 1908, due to public pressure and the British Government, the Belgian Parliament seized the Congo Free State.

Estimates claim that the population of Congo decreased to 10 million from 20 million during this time.

The Democratic Republic of Congo gained its independence from Belgium in 1960. 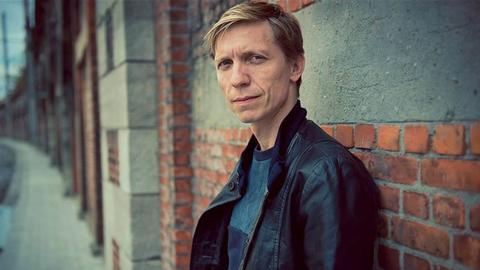 An actor's struggle with playing the part of 'not welcoming' Europe 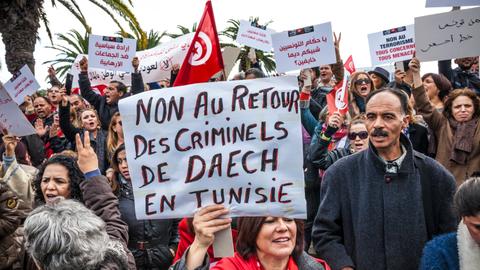