May 8: Algeria will officially mourn Europe’s day of celebration

On May 8, 1945, French colonial forces launched a wave of repression in Algeria that killed thousands - the same day Europeans celebrated the end of World War II.

Members of the People’s National Assembly (APN) have adopted a bill that establishes May 8, 1945 as a “National Day of Memory”.

The bill passed the lower house of the Algerian Parliament on Tuesday.

The members of the APN dubbed it a “courageous and historic” decision.

May 8 is an official day of mourning in Algeria that remembers the massacre of 45,000 Algerians at the hands of French colonialism.

What makes this day even more poignant is the profound contrast with the celebratory anniversary that Europeans also marks on May 8, 1945 – Victory in Europe Day (VE Day).

As Europe was celebrating the defeat of Nazi Germany, France was brutally crushing peaceful anti-occupation protests in Algeria, slaughtering thousands in the regions of Setif, Guelma and Kherrata.

The repression of these demonstrations opened up a phase of unprecedented brutality not seen since the French invasion of Algeria in 1830.

It was part of a deadly terror strategy systematically deployed throughout the region. Mass graves overflowing with anonymous bodies were common. The violence continued until May 22. By the end of it, around 45,000 Algerian men, women and children were killed.

As Nazism fell in Europe and the horrors of the Holocaust were being revealed, Boucif Mekhaled recounts in his book Chronicles of a Massacre, how Algerians were being “burned en masse in ovens” by the French army.

The French Republic wanted to ruthlessly strike a blow to any development of Algerian nationalist sentiment. But it’s violent tactics had the opposite effect: the massacres of Setif, Guela, and Kherrata were the tragic prologue to the Algerian War, which tipped the whole population into the struggle for independence in 1954.

After independence in 1962, an estimated 1.5 million Algerians had been killed in the war, with double that number displaced.

The Algerian novelist and playwright Kateb Yacine wrote about how May 8 was turning point for him: “It was in 1945 that my humanism was confronted for the first time at the most atrocious of displays. I was twenty years old. The shock I felt in front of the merciless butchery of several thousand Muslims, I have never forgotten. That’s how my nationalism developed.”

While Algeria has never forgotten the date, it has now institutionally memorialised it.

In France, the dark legacy of its colonial past continues to linger in the present.

France’s right-wing populist party, the National Rally – formerly the National Front – was founded by extreme nationalists who resented the loss of Algeria.

Most French citizens from Algerian backgrounds are ghettoized in out-of-town housing estates, where they experience high degrees of discrimination. Islamophobia in France is mainstream, and many still retain a colonial view of dark-skinned foreigners as not “truly French”.

Earlier this year, French President Emmanuel Macron addressed this shameful period from its colonial past which it would prefer to forget, saying: “The Algerian War is today absent from our political memory and the subject of a conflict of memories like the Holocaust was.”

Speaking to the cover-up of France’s war crimes during the colonisation of Algeria, he added, “We don’t talk about this. We crush it.” 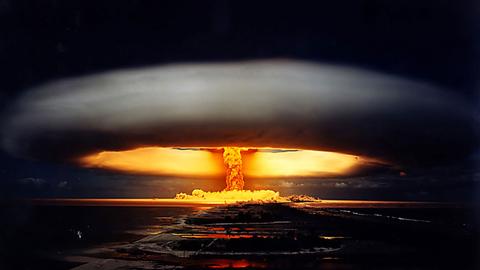