1
A Question of Taste asks whether we can embrace kitsch
2
An artistic ode to Syria, ten years after the war
3
$4.3 billion of cocaine sized heading to Europe's 'narco state'
4
What is Russia's endgame in Libya?
5
Afghan civilian casualties spiked after peace talks began

Research shows an emerging spectrum of neurological disorders triggered by the virus, including inflammation, delirium and psychosis.

Evidence from a study by University College London (UCL) indicates that Covid-19 can lead to severe neurological complications.

Published in the journal Brain, the study described 43 cases of patients with Covid-19 who suffered either temporary brain dysfunction, strokes, nerve damage or other serious brain effects.

Each patient was either mildly affected or recovering from the virus.

The findings revealed that 12 patients had inflammation of the central nervous system, 10 had brain disease with delirium or psychosis, eight had strokes and another eight had peripheral nerve problems.

Out of the patients who had brain inflammation, nine of them were diagnosed with a rare, life-threatening condition called acute disseminated encephalomyelitis (ADEM).

One of the patients described in the study, a 55-year-old woman with no history of psychiatric illness, began to behave oddly after being discharged from hospital. She repeatedly put her coat on and off and began to hallucinate, seeing monkeys and lions in her house.

Another woman, 65, with a two-year history of cognitive decline, developed widespread involuntary movements. She had difficulty speaking and became disoriented and confused, and had hallucinations of people inside her house and objects flying around the room.

Covid-19, the disease caused by the novel coronavirus, is largely a respiratory illness that affects the lungs, but neuroscientists and brain doctors believe that its neurological consequences are concerning.

“Given that the disease has only been around for a matter of months, we might not yet know what the long-term damage Covid-19 can cause,” said Ross Paterson, who co-led the study. “Doctors need to be aware of possible neurological effects, as early diagnosis can improve patient outcomes.”

“My worry is that we have millions of people with Covid-19 now. And if in a year’s time we have 10 million recovered people, and those people have cognitive deficits…then that’s going to affect their ability to work and their ability to go about activities of daily living,” said Adrian Owen, a neuroscientist at Western University in Canada.

Owen underlined the need for more detailed studies and globalised data collection to build on emerging evidence. He runs an international research project where patients can complete a series of cognitive tests to identify whether their neurological functions have altered since contracting Covid-19.

One concern is that the virus could leave a minority of the population with subtle brain damage that only becomes apparent years down the line, similar to what happened in the wake of the 1918 flu pandemic.

There are now over 300 studies from around the world that have found incidences of neurological abnormalities in Covid-19 patients. These range from mild symptoms like headaches, loss of smell, and tingling sensations, to more severe outcomes like the inability to speak, strokes and seizures.

This is in addition to recent findings that have shown the respiratory disease can also wreak havoc on the kidneys, liver and heart.

The cases add to concerns over the long-term health effects of Covid-19, as many complications can manifest regardless of whether a patient had required hospitalisation.

Earlier this month, a Dutch report surveyed 1,622 Covid-19 patients that ended up showing multiple symptoms: 88 percent reported intense fatigue, 75 percent displayed persistent shortness of breath, and 45 percent complained of chest pressure. 91 percent of them suffered these side effects despite having “mild” Covid-19 cases.

There have been attempts to better communicate information surrounding the disease among those suffering from the after-effects of the virus.

Body Politic, a Slack-channel support group, was started by Fiona Lowenstein and Sabrina Bleich. After falling ill with the virus in March, they realised there was a lack of online content or resources dedicated to those struggling with enduring symptoms.

Since the start of the pandemic, it has become clear that Covid-19 is not just another version of the virus that causes the common cold, but one that has a number of unusual traits scientists are still trying to understand.

The aftermath of surviving Covid-19 remains unpredictable – and for many, it only marks the start of a complex recovery path. 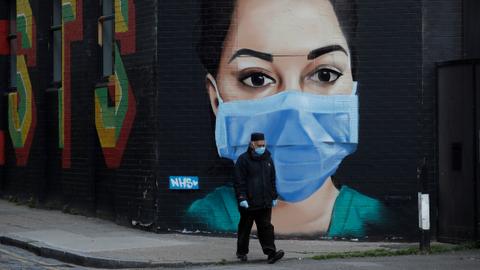 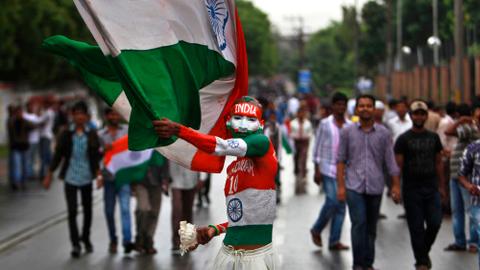 Will Shabnam Ali be the first Muslim woman to be hanged in India?

1
A Question of Taste asks whether we can embrace kitsch
2
An artistic ode to Syria, ten years after the war
3
$4.3 billion of cocaine sized heading to Europe's 'narco state'
4
What is Russia's endgame in Libya?
5
Afghan civilian casualties spiked after peace talks began