The memes we love, and the hidden economy that makes them

Once a means of individual self-expression, meme creation is becoming increasingly monetized.

Memes are an internet sensation, and some say, a modern expression of art and culture. Millennials view them as an evolutionary leap that gave rise to versatile platforms for critique, humour, and relatability.

“One day, instead of the Mona Lisa we’re gonna have a meme and take our grandchildren to museums to see the greatest memes of all time,” says Hareth Tamim, one of the young creators of wifi_Jordan, with 2.1 million followers throughout the Middle East.

The page developed a reputation for itself during the pandemic, after social media users noted that the page would share different types of content at different times of the day, speculating that at least two admins run the page.

“The running joke is that one of them is not religious and shares naughty memes during the day, while the other one deletes his posts and shares religious quotes at night. It’s just one administrator, but the approach gives us a lot of engagement,” Tamim tells TRT World.

“People who disagree with our posts comment below and make jokes about which administrator posted it. It gives us very high engagement rates,” he adds.

For most of the page’s fervent followers, the news that only a single administrator is running the page might come as something of a shock. In an age where Instagram feels like it's running out of original content creators, independent artists are valued as cherished boutiques.

“Instagram is so annoying now”, relates Mohammed Al-Amin, a 17-year old highschooler from Algeria. “All the comments are basically bots. You even have fake conversations between accounts trying to get you to follow, like hey you stole my post, then the accused account admits yeah, you have great content. You got me. It’s so fake,” he relates.

“Have you ever noticed how meme pages will share promo videos of other meme pages? That’s because they own the other pages. It’s like a network. Back in the day, meme-makers would work together to promote each other. Now you have full-on meme companies providing medical memes, anime memes, sports memes, relationship memes, and music memes all so they can target more people,” says Mohammed.

But what’s the end game here?

Memes are hardly original. It’s possible to see multiple memes on different accounts when it starts trending. Even with attempts to label or watermark memes, other accounts still invariably rip content off competitor pages to feed the never-ending demand for fresh memes.

In the meme world, there’s no such thing as too many memes. After the United States assassinated Iran's top general Qassem Soleimani, a single errant meme created a firestorm of memes providing social commentary on how millennials were likely going to be conscripted into World War III, in the middle of an absurd pandemic. For millennials and Generation Z, a lot of memes mark a momentous change in history or popular culture, consequently generating massive demand.

What constitutes a funny meme is also changing and never fixed. Memes from years ago barely elicit a dry chuckle in meme consumers, although they may have once found it hilarious.

Subtle changes in meme format and style can lead to dismissal, or possibly the new and latest format for hilarious self-expression.

For competing meme pages, that means taking the best performing content from other pages and feeding it to their own audiences.

With its versatile format, it was only a matter of time before advertising and marketing experts tried to adapt the meme to traditional approaches.

That’s where meme-makers for hire enter, distinct from the meme mills that simply aggregate the best of what’s on social media for their undiscriminating audiences.

Instead, meme-makers see themselves as artists, attending regular industry gatherings where they discuss the latest methods and trends.

Meme maker @ka5sh came from nothing. He moved to Los Angeles with few prospects, hoping to make it big.

Describing himself as sad, he reports that he would sit on Facebook a lot and just make memes. When he hit rock bottom after his van broke down and a major breakup, he moved to L.A.

He loves being able to work from his phone.

For instance, a representative for a rapper might order a batch of memes that make it seem like there’s a lot of buzz around him, which are shared from different accounts. Others might follow and start making memes about the rapper as well, but it was triggered intentionally.

“It’s become more common for people to do this (meme-making). Word kind of gets out.”

Wifi_Jordan describes how company-designed memes are replacing individual artists, and how it could be bad for self-expression.

“Memes used to be an alternative way of speaking out. Memes used to tackle political and cultural issues, in addition to being funny. Now, a for-profit company will create one meme page, succeed, then create other meme pages with different themes, and use their original page to promote it,” says Tamim.

“What they’re after is being able to reach every kind of person. They get paid for promotions, just like influencers. They advertise products. If you have 2 million followers, and only 1 per cent buy what you’re selling, that’s nearly 20,000 purchases.”

“It’s becoming all about the money,” he laments. 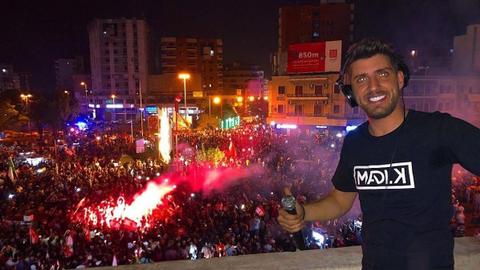