Delta V Space Technologies plans to fire its own rocket into space this summer.

The Istanbul-based company performs design and production activities on hybrid rocket technologies. Since 2017, Delta V Space Technologies Inc has been working on the development, technology demonstration and product transformation of chemical rocket engine technologies that can be used in advanced space applications.

In this context, rocket engines, engine sub-technologies and launch sub-structures are being developed. For this to be achieved, the company is aimed at developing and converting competitive launch systems, stage propellant engines, and engines that can operate in space into products in the world.

The company’s systems are aimed at being used to generate advanced launch systems, upper-stage rocket engines, and spacecraft propulsion systems that are competitive on the global stage.

During his visit to the company’s facilities, Varank said the company is planning to fire its rocket this summer.

“We expect Delta V to develop engines that will make our firing in space on our moon mission,” the minister said.

Unveiling Turkey’s 10-year space programme in February, Turkey’s President Recep Tayyip Erdogan during the live televised event announced that the first goal of the comprehensive programme was to make contact with the moon in 2023, the 100th anniversary of the foundation of the Turkish republic.

Other missions include sending Turkish astronauts into space, building a Turkish spaceport, and developing sophisticated satellite and meteorology technology.

The minister’s remarks came a few weeks after the Turkish President declared the programme. Giving further details about the planned Turkish space programme, Varank said that the mission to the moon will be completed in two stages.

As a first step, Turkey will be seeking a rough landing on the moon thanks to the national and authentic hybrid rocket that will be launched into orbit at the end of 2023 through international cooperation.

Then, the second stage is expected to take place in 2028, when Turkey will launch its rockets into space in the same way they did the probe.

According to the minister, the country’s space roadmap is designed to enter Turkey into the space arena and boost its share in the developing space economy.

Human resources and budget of the programme

On February 21, the head of the Turkey Space Agency (TUA), Huseyin Yildirim, told Anadolu Agency that Turkey to achieve its space mission aims to have more than 10,000 specialists in the next ten years.

Emphasising the country’s need for qualified personnel, Yildirim said that Turkey also hopes to benefit from its native scientists that live around the world.

Talking about the agency’s budget, the head of TUA stated that the Turkish government allocated $5.46 million, but with the additional funds provided by several other institutions within the country, the total reaches approximately $50 million annually.

“Projects will have separate budgets apart from the agency’s budget. We are talking about a 10-year program, not a budget to be allocated at once. It will be paid gradually on certain calendars,” he added.

He also stated that the construction of the national hybrid rocket by Delta V Space Technologies Inc will pave the way for Turkey’s National Space Programme’s first aim, the ‘reaching the moon’ mission. 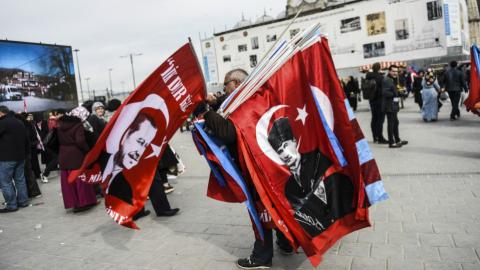 Spring arrives in Istanbul with referendum posters and billboards 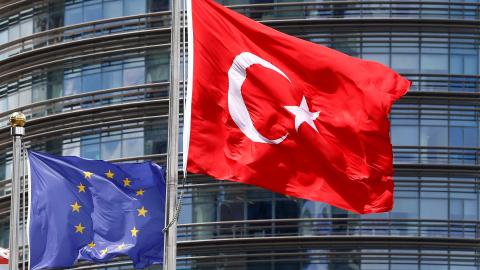 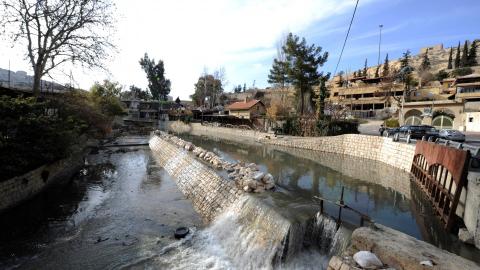 How did a natural water spring end up at the centre of the Syrian war?