Talking to TRT World, experts argued that the success of Turkish intelligence in recent years is just a start and that there's more to come.

Turkey’s National Intelligence Agency (MIT) has successfully expanded its role in order to collect valuable information on both local and foreign fronts.

In its 2020 Annual Report, MIT chief Hakan Fidan said that the measures taken by Turkey's premier intelligence agency have shown positive results in increasing its effectiveness in the field of foreign intelligence, while taking the fight against terrorism to an international dimension.

Emphasising the success of the organisation's activities, both within the Turkish borders and outside, amidst the gruelling Covid-19 pandemic, the MIT head said that it has successfully fended off new kinds of threats within the country and abroad.

“While MIT previously only assumed the role of receiving and making sense of information, it has now greatly improved its channels of receiving information. It has a very important role in analysis, interpreting, and evaluation. it began to get involved in equations at the highest level in the geopolitical layer. And, MIT began to create effective solutions to events that occurred on the field as Turkish intelligence started to approach issues with both intelligence logic and combat doctrine,” Agar told TRT World.

According to Agar, MIT in previous years was passive in providing advanced information, but it has now become an active, interventionist and effective force.

“Turkish intelligence is in a big change process. We are now seeing a dynamic, not static, corporate functioning organisation that constantly develops itself through different paradigms. MIT has been doing effective tasks in extreme geographies, extremely dangerous processes and these are very important in Turkey's success,” Agar said, adding that it is just the beginning of MIT's success story.

“Turkish National Intelligence Agency will be in a much more strategic and different process in the future, this is just a start. And, they will take it much further, a very important infrastructure is being formed. This is a kind of march towards the peak of influence,” he added.

As Turkey’s military operations to protect its national interests in the region have been a game-changer in several regions in the past few years, Agar believes that the MIT and the Turkish military’s strategic cooperation has played a key role in those achievements.

“There was no strategic cooperation between these institutions before, it now exists. The Turkish Armed Forces, security forces affiliated with the Ministry of Interior, and other elements have been carrying out fruitful operations with perfect coordination. Therefore, the Turkish Intelligence Agency has converted into an institution that turns information into a result,” Agar says.

As it is known, Fidan was a former noncommissioned officer who served overseas at the Intelligence and Operations Command of the NATO Rapid Reaction Corps in Germany, before switching to a civilian career.

In the presentation text of MIT’s 2020 report, Fidan said: “As MIT, we strive to produce game-changing strategies, develop new methods in the field of intelligence, blend our techniques in the light of the changes in the world and adapt to changes in the fastest and most flexible manner.”

Commenting on Hakan Fidan’s role in the rise of the Turkish Intelligence Agency, Agar told TRT World that he believes Fidan has a special mission in this context.

MIT has been frequently carrying out cross-border counterterrorism operations, especially in northern Syria and Iraq, in the past few years.

Most recently, three so-called high-ranking PKK members responsible for the terrorist organisation’s intelligence and financial activities were neutralised by Turkish security forces in an operation carried out by MIT in northern Iraq’s Metina region, security sources revealed on February 22.

“This is a start, and this success will go much further. For many years, very important infrastructure has been created to ensure this,” Agar told TRT World. 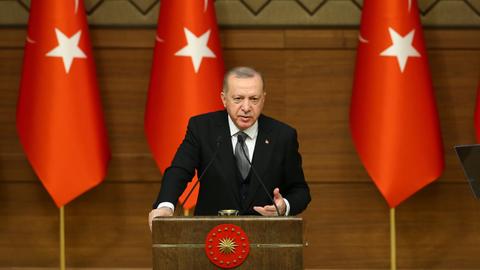 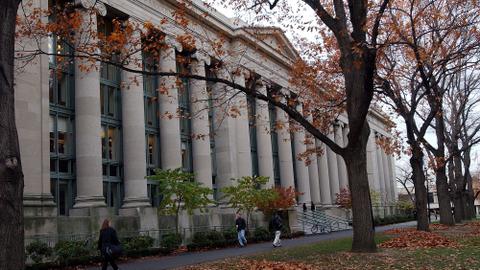