With four elections in two years, Israel has a consensus problem

Between entrenched social divides, the lack of a contesting left and increasingly virulent political rhetoric, Israel is struggling with political fragmentation.

Unprecedented in 72 years of its history, Israel is set to hold its fourth round of early elections in two years, an indicator of growing political instability. Israel is "a villa in the jungle" or  "an oasis fortress in the desert", once described Ehud Barak. Today, it scarcely resembles his words.

The ongoing turbulence is deeply rooted in a number of reasons unique to Israel. For one, during parliamentary elections held every four years, voting takes place for lists, and not individuals.

This is on top of deep social divides touching on charged issues such as forced military conscription and exemptions granted to orthodox jews, and Israeli foreign policy. Orthodox Jews refuse to serve in the military, which in turn causes resentment among less conservative Israelis who feel like other citizens are given a free pass.

Disenfranchisement is also on the rise among former Israeli soldiers, with a notable rise in veteran rights groups in the past decade protesting the lack of health care, support and consideration granted to former veterans after their service.

With fragmented views on a number of pressing concerns, Israeli has not enjoyed a clear majority government since the early years of the Netanyahu regime.

Why so many elections?

The political crises seem to be exacerbated by a long-stretching corruption scandal against Israeli Prime Minister Benjamin Netahnyahu where he is accused of bribery, fraud and breach of public trust.

The corruption revelations caused a fallout within the Likud coalition, giving rise to splinter factions that were previously appeased by Netanyahu, including the Israeli Resilience Party led by former Netanyahu ally Benny Gantz. Israel is also seeing a more visible and outspoken far right, with parties such as The Jewish Home, Jewish Power, and Religious Zionist that adopt expressedly anti-Arab platforms.

While these far right groups do not ordinarily win much of the vote, they nonetheless take away votes normally held by the Likud party, contributing to more instability.

Who are the contenders?

On February 4, registration of electoral lists were closed, with over 39 lists submitted by different parties, a record number of competing parties in the history of Israeli elections.

Many of these are led by former establishment figures, such as Benny Gantz at the head of the Blue and White coalition between centrist and liberals as well as the ‘There is a Future’ party led by centrist Yair Lapid claiming to represent Israel’s disenfranchised secular middle class.

Other equally significant contenders include Gideon Sa’er leading ‘A New Hope’, former defence minister Avigdor Lierberman at the head of Yisrael Beytenu, and a far right party led by Naftali Bennet, among many others.

Breaking down the breakdown

The erosion of national consensus in Israel has been occurring for decades. Moreover, Israeli demographics are not homogenous by any means, leading to widespread disagreement over state goals, and even resentment for goals that should align with a demographic because it often makes too many concessions to survive a vote.

With the death of Shimon Peres in September 2016, Israel also lost its last founding father. In the meantime, no leader has been able to bring the same degree of charisma and leadership to unify Israel. As a result, Israeli parties continue to proliferate without agreeing to minimal cooperation.

That’s not without a cost to Israeli’s foreign policy. No longer the ‘Island of democracy in a sea of Arabs’, Israel is increasingly perceived as a country plagued by instability, hindering its ties to the rest of the world.

Internally, it’s also left a mark. For Israelis who complain that they’ve been to the polls four times in two years instead of once every four years, there is a rising sentiment that leaders are putting their own interests ahead of those of the nation.

Elections after all, are not inexpensive. The Israeli Central Elections Commission announced that the three past elections including the upcoming March 2021 elections, will cost 3 billion shekels ($925 million). These costs are deeply prohibitive at a time when Israel struggles with the unemployment of over 900,000, the shuttering of 80,000 commercial enterprises and record 13 per cent state budget deficit.

Will the fourth be enough?

In spite of hopes that this round of elections will succeed where others have failed, unless something changes fundamentally, this cycle doesn’t seem like it will end.

The most recent Israeli polls put the Likud at 30 seats, with centrist ‘There is a Future’ at 17 seats, followed by ‘A New Hope’ at 14 seats. As such, the Likud will likely have to form another right wing coalition while facing a right and left-wing opposition. Centrists also have significant potential to upstage the Likud, but are likely unable to overcome the right taken together.

The political mess is largely the byproduct of increasingly religious and nationalist political tones taken by the government in previous years, and the failure of the Israeli left to check this right wing encroachment until it was too late. With the left’s lack of a charismatic leader, and loss of its identity after trying to reconcile itself with more Zionist viewpoints, the end result has been an imbalanced political ecosystem that finds itself unable to build basic consensus. 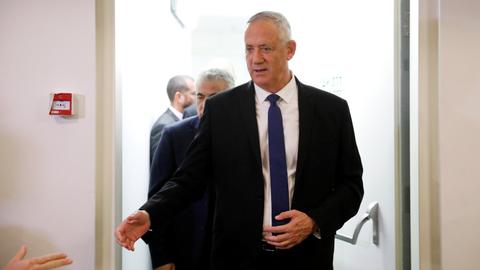 Gantz says he should be PM in Israel unity government

Benny Gantz: the military veteran who wants to replace Netanyahu 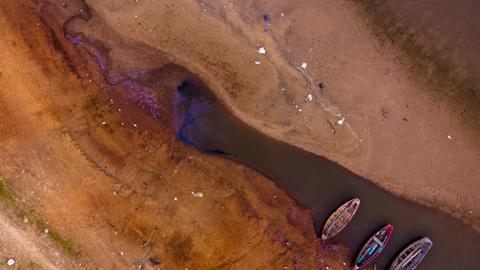